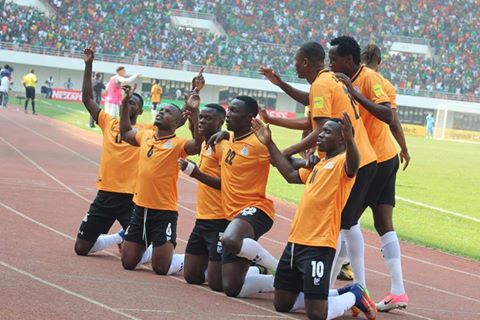 Wada’s men proved a point early on with a head miss from Augustine Lungu after a cross by Chisamba Lungu.

Brian Mwila first appearance at the senior national team picked up a goal early on in the 7th. Later in the 33rd from the Algerian defence mess Brian converted after Augustine Mulenga made a pass near the post allowing Mwila forcing a bump from the bouncing ball.

Wada’s third introduction the Computer boy Enock Mwepu came in and fostered sanity to the challenged Zambia. And into the ending time Enock Mwepu scored a scorcher from the right on his senior debut and sealed the fate for the Foxes.

Next Tuesday Zambia plays the Foxes for the return match in Algeria and Wedson Nyirenda will be hopeful for this performance that Zambia earn to build on.