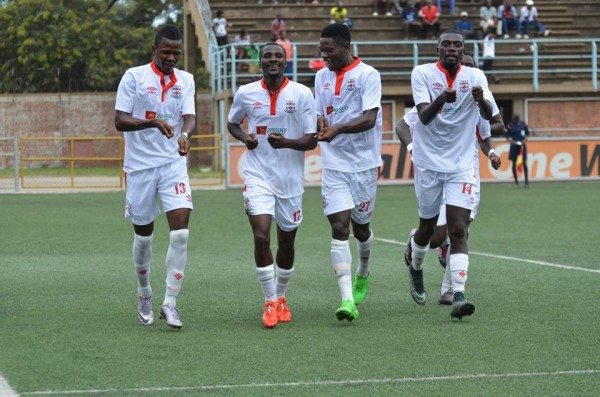 The estimated reading time for this post is 167 seconds

On a high and most pronounced note the 2016 Zambia super league kicked off today with wins from super league giants Nkana and Power Dynamos settling the rivals at par with the super league standing for week one. Earlier, in a derby at Arthur Davies Mufulira Blackpool opened the league in an early kick off fixture against lusaka dynamos. the debutantes were greeted with a one null defeat in a match most people saw Blackpool would pull a surprise. but lack of experience costed them the match conceding a goal in the dying minutes of game through a Thomas Mbolela goal in 71st minute.

Following up on the same venue, Charity shield champions, Power Dynamos hosted 2015 relegation survivors, NAPSA Stars. The visitors took an early lead through Mathews Macha in the 14th minute, but Power Dynamos responded through the in-form Larry Bwalya who scored in the 21st minute from a superb cross by Kelvin Mubanga Kampamba and later the much talked about Patson Daka took the home team into the lead in the 41st minute of the first half.

Kelvin Mubanga Kampamba player of the match against Napsa Stars

In Lusaka. the 12 times super league champions Nkana opened with a 2-1 win at Nkwazi`s Imboela stadium. The Kitwe giants took the league in the first half through Shadrick Musonda. Soon the home team equalised, but Walter Bwalya restored the lead for Nkana.

At Independence stadium, Lusaka Tigers recorded their first surprise victory when they beat Nchanga Rangers. Nchanga Rangers conceded through an own goal from Emmanuel Kabasa in the 53rd minute.

ELSE WHERE:
Zambian representatives in the CAF Champions League and CAF Confederations Zesco United and Zanaco both recorded comfortable wins in their first leg second round matches played today.

Zanaco celebrates in Harare over a 2:1 victory against Harare City in the second round of CAF tournament. Picture courtesy of Allan Matiya

Zanaco beat Harare City 2 -1 in Harare, thanks to goals from Aubrey Fungai and Rodrick Kabwe.

CAF Champions League
In Ndola Idris Mbombo showed brilliance with Jesse Were, Clatous Chama and Maybin Mwaba with each a goal to lead Zesco in a staggering 4-1 victory into the second leg.