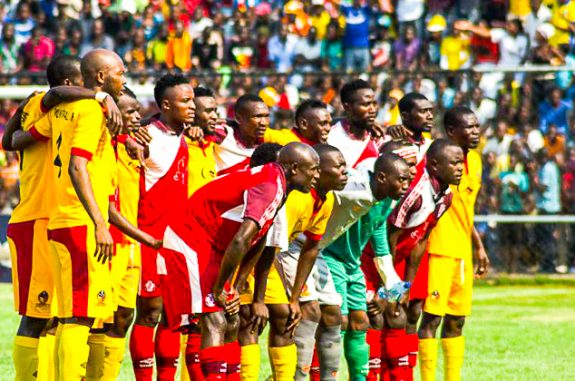 Heated debates from supporters have flooded social media on who is going to carry the bragging rights come Saturday.

It is a massive game for the two giants who are eyeing the top finish but history favours Power Dynamos who have outclassed Nkana in most derbies recently.

Power are coming from a 1-1 draw with Nchanga Rangers while Nkana lost 1-0 at home to Lusaka Dynamos in the last fixture.

Earlier this year, Dynamos through Martin Phiri’s brace silenced Nkana 2-1 at Nkana Stadium in Wusakile, after winger Shadreck Musonda had given the home side an early lead.

In the previous 6 games, Power and Nkana have been inconsistent with the Ndeke outfit posting 2 wins compared to Nkana’s one win.

Power and Nkana have played each other 17 times since 2008 with Nkana winning 4,Power winning 8 and 5 draws between them.

37 goals have been scored between the two teams since 2008 with Power scoring 23 goals compared to Nkana’s 14 goals.

Nkana last recorded victory against Power in Ndeke in 2014 via a 2-1 score line.

“This is a must win game for us,” Nkana deputy coach Manfred Chabinga said in a pre-match interview.

Real Nakonde vs City of Lusaka