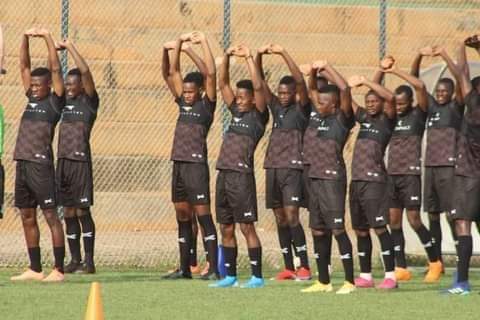 Preparations for the 2020 CHAN tournament in Cameroon have intensified and Micho’s bullets Zambia takes on NIGER this evening in the first match of 2021 international friendly and a pre CHAN tournament.

The four Nations tournament which has host Cameroon, Uganda, Zambia and NIGER is acting as a pre cursor to the actual tournament to kick off in two weeks time.

In the tournament opener, host Cameroon battled to a one all stalesmate against the cranes of Uganda yesterday. It was a hot tampered tassle that saw both teams having a player sent off.

Zambia will this evening take on NIGER before the Chipolopolo boys face Uganda on January 4.

Zesco’s central defensive pair of Clement Mwape and Adrian Chama will start in central defence with Kapumbu kelvin standing ahead of them as defence cover in a deep six role. The midfield triangle will be complimented by either Jack Chirwa or Leonard Mulenga with Spencer Nsautu likely to be a sure starter in the play making role.

Moses Phiri , Bruce Musakanya and Rodgers Kola will go flat out in search of goals in a 4-3-3 formation.

The Zambian boys who arrived in Cameroon three days ago must have acclimatised to the baking Yaounde weather and the match against NIGER will serve as a litmus test for their levels of insurance and mental strength stepping into a highly demanding CHAN tournament Zambia is yet to win.