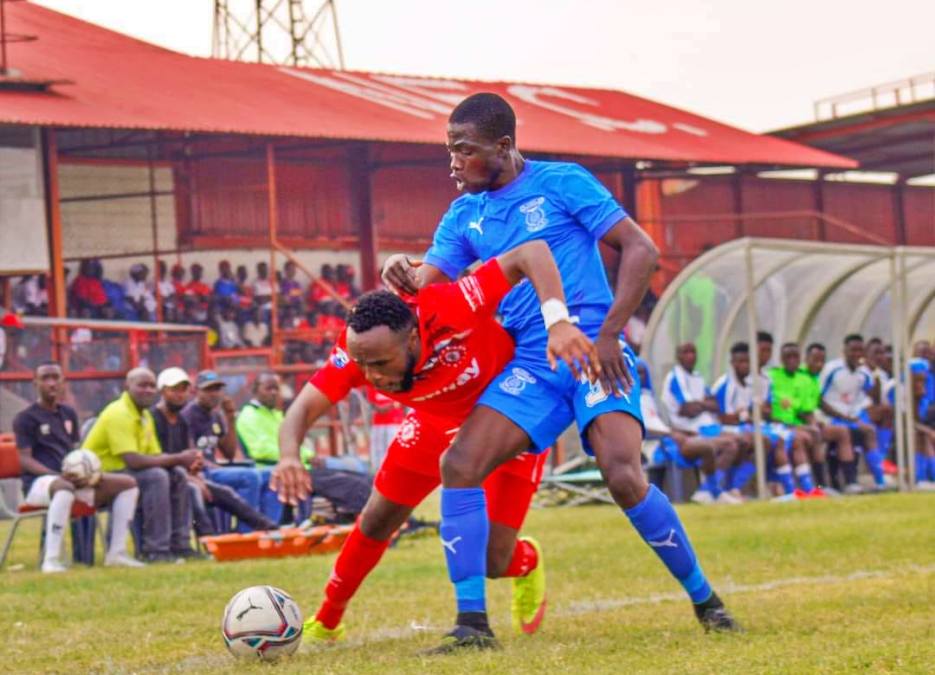 The 2022-23 first round of matches came to a look warm wrap in Kitwe where Nkana shared spoils with Kabwe Warriors in a 0-0 stalemate at Nkana stadium.

The estimated reading time for this post is 161 seconds

At Imboela stadium in Lusaka Joshua Budo Mutale put his polished quality on display as Power Dynamoes left it late to beat edge past Nkwazi with a narrow 1-0 win. Jacob Kinda curled in from the edge of the box in the 93rd minute to give Power Dynamoes the start they needed.

Up north-west in the land of Money, the Mabanga boys turned tickets into ashes when they ran riots to give Green Eagles a 3-1 bashing. Abraham Kayanga scored a brace in the 71st and 85th minute after Benjamin Mukanda had restored Parity in the 69th minute. Meanwhile, it was the Green Eagles who had gone ahead in the 36th minute before they were forced to abort the lead.

In Chambishi the new boys had their feathers clipped off when Abraham Siankobo scored a sizzler in the 69th minute to give ZANACO the all-important goal they needed and three points away from Home.

Back to Lusaka Red Arrows and NAPSA Stars settled for a barren wrestle In a corroded Lusaka Derby. It was NAPSA Stars who showed more hunger, purpose and desire as they put Arrows to the grind all afternoon long but they couldn’t break the resistance of the airmen.

In Ndola, the Forest Heat was not enough to overcome highly rated Kansanshi Dynamoes as the teams settled for a barren draw.

Zesco United started their quest to the league title with a short trip to Kabwe and despite a rusty afternoon that saw Prison Leopards playing with more fluency, It was Zesco who drew first blood through their new signing Alfred Leku in the 16th minutes before Damiano Kola levelled the ground even on the hour mark.

In Mazabuka, MUZA started their return to superleague football on a high when Andrew Phiri fired them ahead in the 16th minute but Golden Mashata cancelled their party when he struck nine minutes before time to send the sweet town sour.

The first round of matches came to a look warm wrap in Kitwe where Nkana shared spoils with Kabwe Warriors in a 0-0 stalemate at Nkana stadium. Nkana would have gone in front in the 70th minute when Alex Ng’onga broke away from the impregnable Warriors defence but Dominic Chanda knocked him down just on the edge of the box and Referee Audry Nkole flashed out a red card.