Skip to content
You are here
Home > Zambia Super League > 4 PICKS FROM THE NKANA-SIMBA SHOW DOWN. 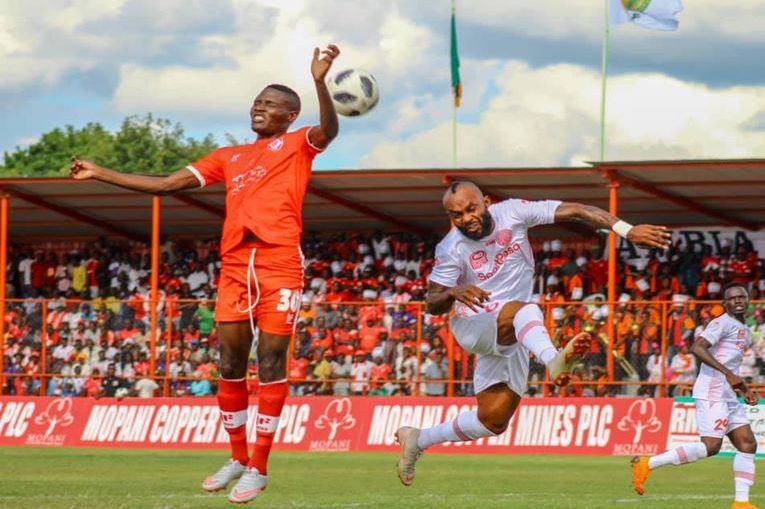 The highly anticipated showdown in kitwe has come and gone and it certainly lived up to expectation. Nkana carried the day with a slender 2-1 victory but its not over. Here are the top three talking points from the match.

HARRISON CHISALA: FOR HOW LONG SHALL PRETEND WE AREN’T NOTICING?

The little wing wizard had every one on the edge of their seats each time he was on the ball and its not the first time Harrison is putting up such a stella display. He frustrated Cletus Chama out of the match by his perpetual teasing and killer moves.

Chisala kept inviting Cletus to have a bite of the cherry and each time Chama was near him, Chisala kept leaving him rooted and behind watching. His footwork is so ripe and a joy to watch. He couldn’t just stop running and his work rate was absolutely magnificent.

Left, right and center, he spread his juvenescence and energy across the pitch so even like butter on a slice. The boy is ripe enough to break into that Impotent Sven midfield and be a revelation.

WALTER SHOULD STAY IN THE BOX
The departure of Mbombo might be a blessing in disguise because the handsome assassin can finally play as a top man and this is where Walter can be a catastrophe.

He played as a false number eight last season and he struggled, On the contrary, the last time Walter played in the position he was deployed today was in the 2016 season and he finished the season with 17 goals. Wawa is one of most resilient defenders in Africa but not with Walter in the box. Walter today was melodramatic, He was ruthless, devastating and a terrorist at full swing.

His holding, movements, passing and balance was sublime. He kept peering past the barricades Simba had put on his way with the cold heart of Rambo in the jungle and through out the match, he kept smelling blood. If Walter will travel to Tanzania in the mood he was in today, Nkana is through.

Nkana has carried the day but it will be foolish to think its over. This battle is on and that is when it is starting. As Nkana jets into Tanzania, they should be weary of Okwi. Okwi didnt find his name on the score sheet in kitwe but he was such a pain in the flesh of the Nkana defence, his composure on the ball, mental balance and judgement while he was playing in front of a very intimidating crowd was top nortch. He kept the Nkana defence of their toes, powering down the flanks while tearing his opponents into shreds with his manacing pace. Simba is such an organised team. They play with so much purpose and you could easily tell they had a game plan. When they realised they were down, they quickly switched into a 3,5,2 formation and in a snap, Nkana was on the recieving end. If Okwi can cause such problems away from home, he might be disasterous for Nkana in Tanzania if they ignore his prowess.

NKANA CAN GO ALL THE WAY

For a long time in a long while, the legendary Kalampa looks like a team pregnant with purpose and drive. They are playing as a unit and look good enough to carry the hopes of a Nation. A footballing nation that has gone into a heart breaking hibernation. Nkana looked solid in defence, compacted in the midfield and lethal upfront. The chemistry between Walter and Sate Sate was mind bongling while the United Nations peace keeping forces as they are fondly referred to keeps getting better. The introduction of Banh was the only screw they needed to keep the back four concrete. Going into an already promising season, my early prediction is that Nkana can be the 2019 Champions.