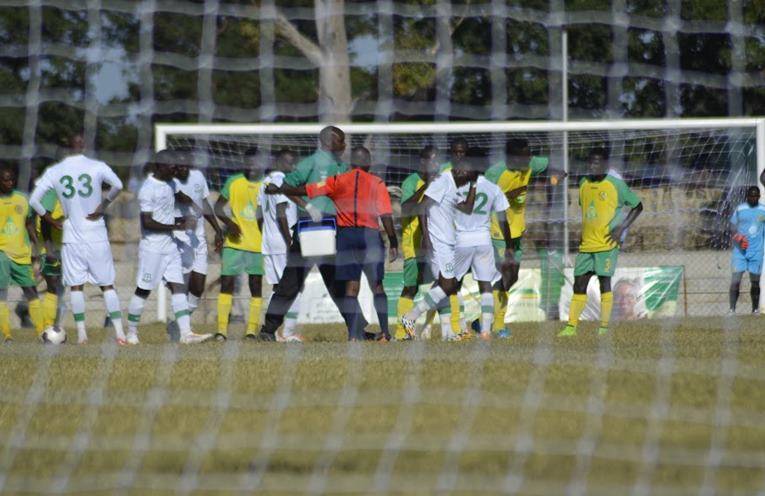 Mufulira Wanderers takes on Roan United in their quest for promotion.

What has been going on with Roan United? Year in year out, much is expected of them to perform better and qualify for promotion. Due to their poor performances, they have earned themselves a name as the veterans of Division One. This season, they’ve lost seven games, drawn 10 and in the process lost 7 in the 26 games played. They occupy eighth position: a big club turned into a mid table team.

Pressure should still be building up in this team because it’s a big team and they need to finish in a very respectable position with six games to play. They seems to have found some feet after appointing former Zambia International midfielder Harrison Tembo who has only lost 1 game with 2 wins and 4 draws since his appointment. One of the 2 wins came against the fancied Konkola Blades. They could go 11th with a loss if other results go against them.

Unfortunately this weekend even with a victory, Roan United will remain 8th.

On the other hand, Mufulira Wanderers is enjoying first position on the table with an advantage of seven points but they are still aware it’s far from being over to the promised land with 18 points to fight for. Everyone in Mufulira is hoping that they have recovered from their unfortunate loss against Power Dynamos last weekend in the Barclays Cup semi finals. They look good and you wonder were the motivation for Roan United will come from beating Mufulira Wanderers at their own backyard.

Playing against Roan United, Justin Chinama will think these are the kind of three points that you can’t leave on the table. They are certainly not going to let that happen this weekend as they get a step closer to Super League football come next season.

Wanderers has been excellent in the second round of games and coming out with a victory in this match will just spur the team for more glory knowing they will only need 9 more points from the possible 15 to wrap it up.

Last time out, Mufulira Wanderers was able to beat a very “we are already out on the beach vacationing” Gomes team. Either way, they will be more than glad to take the points against this not so stylish Roan United which will put them within reach of getting back to the Super League.

But Roan United is not coming for a holiday as a win against Mufulira Wanderers would be a HUGE moral booster for this scrambling team but no thinks Chinama would entertain that. This looks like a clear victory for Mighty.

Elsewhere, Konkola Blades who seem to have come to the table a little bit late will entertain Indeni who have given Mufulira Wanderers a run for their money. Sharp Konkola Blades boasts of the best record in the last 5 games as the only team to have won all 5. They will hope to continue with the same performance with a win against against the Oil boys Indeni and help Wanderers to realize their dream of a quick return to Super league. A win for Konkola will lip frog Indeni with a point.

Should Chambeshi fail to get maximum points against FQMO Roads, Konkola will finish the weekend on second on the log.

We expect more drama toward the end of the season as we will see twists and turns for teams to finish in respectable positions.

Truly, Zone 2 is living up to its reputation as the most tough zone of all the four.