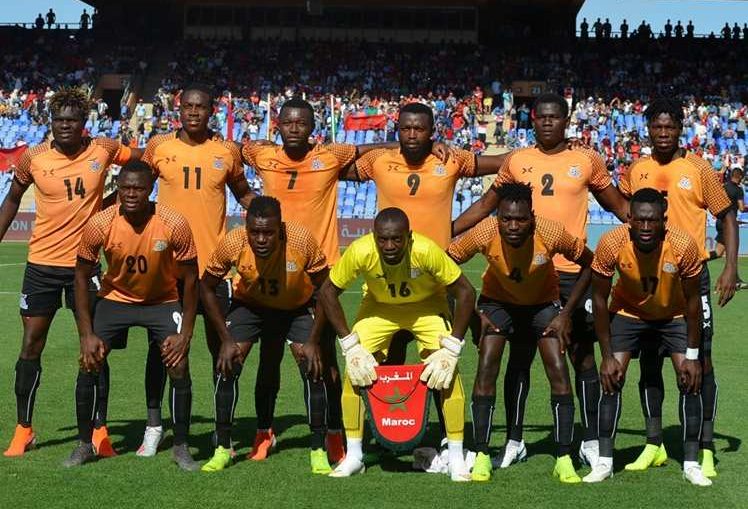 Zambia Crushes in Abu Dhabi as the Beston Chambeshi boys were this afternoon trampled upon by the Elephants of Ivory Coast in a high profile friendly Match played in The United Arab Emirates.

The Resurgent young Zambian side that beat Morrocco 3-2 three days earlier took a step too far when they dared a finger of defiance in the face of the Elephants and they were crushed to mincemeat in a 4-1 bashing.

How Zambia vs Ivory Coast Went Down

Zambia started on a high knocking the ball in quick Bavarian triangles and ten minutes into the match, the Chipolopolo boys were in front from a Fashion Sakala spot kick.

The lead looked impressive at first thought but the Young Zambians had touched a raw nerve.

Ivory Coast came back firing live bullets, they stepped forward and got hold of the match. They outmuscled the Zambians as they stretched the wings beyond the reach of the Zambian full backs. Then the white and orange shirts spread across the field like leaves under a storm as The Elephants bossed the midfield.

Their efforts paid fifteen minutes later when they scored their second of the day through Serri to take a 2-1 lead to the showers.

In the second stanza, the Ivorians started were they stopped from and before the Zambians could find their mental balance, Ivory coast went 3 up as Corne Struck with panache from close range after connecting from a pinpoint Sergi Aurea cross.

When Mwepu sustained an injury that forced him off the field, it looked like the center that held the Zambians fell apart but the Zambians took control of the match giving out brave hearts in search of the goals that victory that had eluded them.

Disaster, however, struck when Substitute goalkeeper Charles Muntanga gifted Wilfred Bonny with a cheap blunder and the Ivorians powered in the fourth goal from close range.