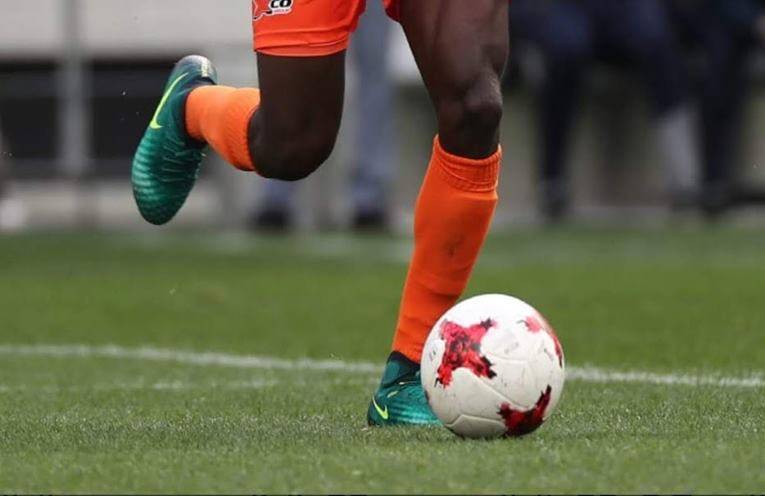 Zambia had a disappointing outing in Namibia and the coach is already showing some disturbing signs of inneficiency. He had a team but messed it to a point of near no redemption.

He can’t claim to know our football and players better than Zambians know. When Fans advise him he should learn to listen. The 1 -1 draw in Namibia is a bad start for Sven as the new chipolopolo.

Here is how our boys faired.

1. KENNEDY MWEENE 4/10
He had very little to do in the goal. The veteran showed great leadership but when we needed him the most, he failed us. He could have done better in preventing that ball from zooming past him into the net. He was too casual and let us down.

2. SOLOMON SAKALA 8/10
Solomon has been growing in stature and maturity. He learns very fast and easily adapts. Cool calm and composed on the ball, he looked comprehensive on the right back a position he is not so famiar with.

3. LAWRENCE CHUNGU 7/10
The coach invested confidence in him and ba Lore didn’t disappoint. He was rock solid, made a couple of good tackles and nailed his colours to the mast.

4. STOPHILA SUNZU 5/10
He was string in the air and kept reading the game with grinding efficiency but he looked a bit wanting on the ground. He also showed some signs of fatigue a d tiredness towards the end of the match.

He was a liability but for the good and swift mileage of Kabaso Chongo who kept covering him. It was a shaky display for the towering centre back.

5. KABASO CHONGO 9/10
Absolutely fantastic. That display officially sends Ziyo Tembo into oblivion. No one goes to Saudi Arabia and still has a place in the National team any anyway. Kabaso Chongo was the best performing player for Zambia before the introduction of Mwepu.

He is solid on the ground and a tearing beast in the air. His composure and confidence on the ball was top class. He threw himself in all efforts to stop the ball from going in but it could just be.

6. .NATHAN SINKALA 7/10
He was a six sylinder head engine, a four wheel driver that kept pulling through a very difficult terraine of a determined Namibian side.

He was composed, accurate, industrious and played with majestic command. He would have done better in containing that ball which resulted into the goal that almost sunk us.

He loves playing and running into spaces and that freedom of movement casting his net through the right flank through to the left was closed by Sinkala. Salu couldn’t just play.

The worst performance I have ever seen from master. He had no confidence, he was slow, sluggish and ineffective in central attacking midfield. Thank God Mwepu came to remind him of what was suppose to be done in that role.

Kalaba still has it but its time he created space for Enock Mwepu or Cletus Chama. He can be coming in as a super sub. The coach is clueless and sturbin for nothing. He needs to change his attitude fast or time is counting against him.

9. PATSON DAKA 7/10
Pace, power, drive and some undeniable predatory instincts were all present in every move he made but he needed to play along side a selfless and bloody thirsty finisher like Kambole or Shonga.

He also missed the creativity and splitting vision of an attacking midfielder like Mwepu or Cletus. Since he was starved, he kept detouring down the left and right flanks to find the balls and that syphoned life and energy out of him. This coach doesn’t seem to know what he is doing.

How does a serious coach play a player who has been nursing an injury through out the five days they have been in camp. How did he start and finish the match at the expense of effective, tried and tested finishers like Kambole and Shonga?

I still can’t understand what this coach wants. Augustine was a failed project and he demonstrated his lack of match fitness when he balooned that chance way over the bar.

He gave out his all. Made some decent runs on the left flank both in the first half and second half. a couple of step overs slides him past the Namibian rear guard in the first half but his final touch let him down.

He came even brighter and determined in the second half but the wood work denied him his first goal for his country at senior level. He got tired and got substituted. Tough luck lad.

He smashed a big slap of shame in the face of the coach for leaving him on the bench. Mwepu is simply sensational a class above his age. He had the magic touch, moved the ball with such deft and kept leaving the Namibians kicking the air at every turn and twist he made withing the ten minutes he was on the field.

Those long legs must have been boiled in some Brazilian pot of magic. Got the ball and attcked with viper intelligence into the box, when he had no one open to recieve the bal

Got the ball and attcked with viper into the box, when he had no one open to recieve the ball, he simply put his working brain to task lifted the ball onto the hand of the defender in the box: Clear penalty but God punish the devil.

This coach is clueless and must start listening to Zambians who know their football If he is to succeeded. Being sturbon for nothing won’t take him anywhere.

He better behave. Shonga has some animal killer instinct and in the absence of Kambole, you can’t sit him on the bench in preference of an injured Augustine Mulenga.

He came in with some positive energy and he was unlucky to see his thirty yard thunderbolt piled out by a very agile Namibian goal keeper.

He is stuebon for nothing and the sooner he changes the better.

Zambia through to the Cosafa Final

Pirates Must Be Wary Of The Hovering Eagles

PATSON-MWEPU BAG ANOTHER SILVERWARE IN AUSTRIA