The estimated reading time for this post is 182 seconds

Andrew Kamanga popularly known as “AK 47” has been elected as president of the Football Association of Zambia – FAZ replacing Kalusha Bwalya after polling 163 out of 324 votes cast. Kalusha Bwalya maintained a second position with 7 votes behind.

Kalusha Bwalya who has been in the FAZ presidency seat for two terms was seen as the frontrunner, but Andrew Kamanga had an impressive momentum in the lead up to the election. The result shocked many as shown by Twitter and Facebook posts. However many wished Kalu well for other endeavours and are eyeing to see the new man to shape.

Kamanga advances to the Association president position with a successful business record and further academic qualifications that are hoped to be employed for a new face in the Zambian football league. Read here for the fact file 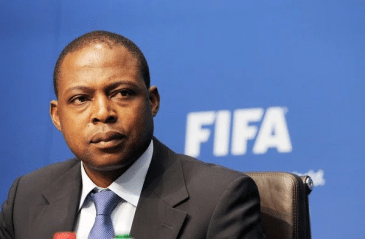 Kalusha Bwalya at FIFA during his FAZ President time

High Profile International Friendly Match fixtures for Chipolopolo with the likes of Chile in Santiago, Brazil in Beijing, Japan in Miami Florida, S. Korea in Seoul, Ghana in London, N. Korea in Republic of South Africa, Norway in Ndola among many others

Chipolopolo fans can now wear official replicas as these are now in every sports shop across the country.

U17 Shepolopolo to World Cup in Costa Rica, U17 Chipolopolo to Africa Cup in Niger,

Some few trending thoughts on the Kalu’s unexpected loss

Anthony Mupeseni The post -election comments by many of you show that you had insatiable grudge for the soccer icon (Kalu), thinking that Kamanga for you will bring heaven on earth in the field of football.
As matter of fact, Kalusha will never be a destitute because he’s an internationally recognised football guru who has a lot to offer in other areas of human endeavours.
Congratulations AK 47 as you are fondly called by your supporters, welcome to the heart of criticism, you lose one game, you will hear what Zambians are.

Eliya Mulivilola Silungwe The end of Zambian soccer, and you will remember Kalu naumfwa noluse and chankalipa sana. I will never watch and support Zambian Football again nkalaumfwakofye….. Useless!!!!