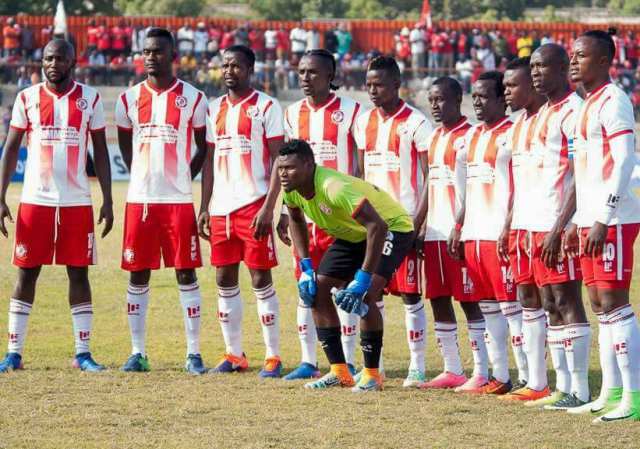 Spencer Sautu scored in first half while Tapson Kaseba netted in second half as Green Eagles stun Nkana to maintain their seven year unbeaten record with a 2-1 defeat over Nkana in Choma .

The defeat means Kalampa trail Zesco United by 12 points who have 42 points on first position following yesterday’s 2-0 victory against Nchanga Rangers in Chingola .

The home side were in front after 44 minutes through Sautu before Kaseba doubled the lead in the second stanza making it 2-0 .

Substitute Bornwell Mwape reduced the deficit to 2-1 in 86th minute .

Eagles move in to 7th place on 29 points from 17 matches played while Nkana drop 5th position with 30 points after playing 17 matches .

Green Buffaloes remain second on the log with 38 points despite 1-0 defeat to visiting Power Dynamos goal courtesy of Lameck Kafwaya .

Nkana will host Lusaka Dynamos in their next match at Nkana Stadium.