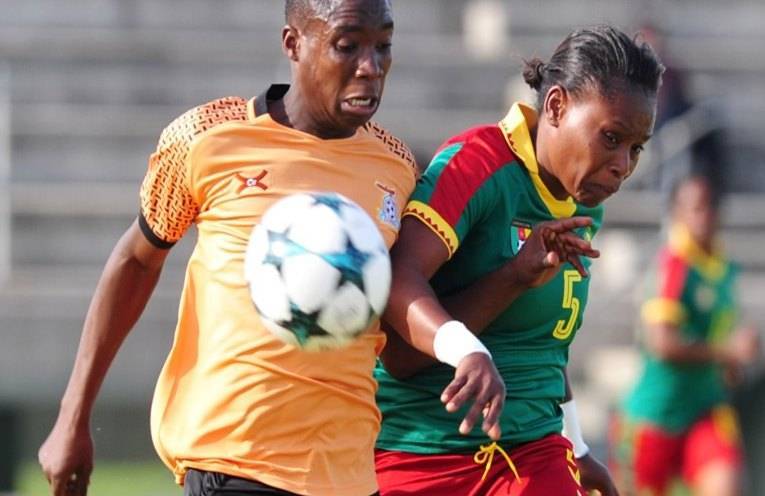 The Copper Queens’ quest for a maiden continental accolade and subsequent appearance at the world cup will face a litmus test when they point a finger in the the bruised face of the super Falcons of Nigeria tomorrow.

While the Zambian girls are comfortably perched on top of the group after an emphatic 5-0 bashing of Equatorial Guinea in their first match, Nigeria lost to South Africa and the defending Champions will step into this match all guns blazing.

Nigeria the defending Champions will step in the field stinking blood but the good news for the Copper Queens Shepolopolo is that the inimitable Barbara Banda will be back. Barbara Banda who plys his trade in Spain missed the first match due to Suspension. She is by far the best player in the Zambian Squad, her quick lightning pace and trickery is top Notch.

Barbara is also fearless going forward and her ability to take on defenders beating them pants down at every turn and twist is undeniable. Her holding, movements, vision and razor sharp finishing will be a mouth watering incentive to the Zambians stepping into this fixture.

On the other Hand, Nigeria still stand as favourites to win this match. They boast of a kaleidoscope of experienced players who have been playing at the highest level of women football in Europe including Ashola Asisat who is the reigning African women footballer of the year.

The Nigerians are not only defending Champions but favourites to lift the tournament despite losing their first match to fellow heavy weights South Africa in their first encounter. However, Nigeria might step into this encounter and play an all attacking game to the advantage of the quick Zambian trio of Chanda, Kundananji and Barbara Banda.

Bruce Mwape the Zambian coach has expressed concern over her full backs who have struggled to play to expectations but Zambia’s win in the first match and the return if the captain will make them confident enough to face the wounded super Falcons.

The match will kick off at 15:00 PM C.A.T and 16:30 Nigerian time.
The top three teams at the tournament will automatically qualify to the World.