The estimated reading time for this post is 93 seconds


Dream draws for the league champions Zesco United and second positioned Nkana. This is when fazfootball conducted the draws for the Zambia Barclays Cup 2016 placing the 2015 cup winners Green Buffaloes against the tough Power Dynamos.

The Copperbelt rival duo will have it easy as they both will play lower division teams that will emerge as winners from the two playoffs. While league leader and free scoring Zanaco will face Kabwe Warriors. Kabwe Warriors will be looking to solidify their comeback into the Premier league and push for a trophy. 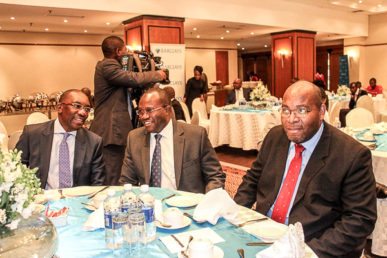 The entries for the Zambia‬ Barclays Cup 2016 are with the following teams participating:

The Quarter Finals have been set with dates of 17 and 18th September 2016 and here is the complete roster.

The preliminary playoffs will be held at Sunset stadium on 11th September and the quarter-finals at Nkoloma stadium in Lusaka. Thereafter the semi-finals move to Kitwe at Arthur Davies stadium on 15th October

`The Final will be played in Lusaka at Nkoloma on a date to be announced.