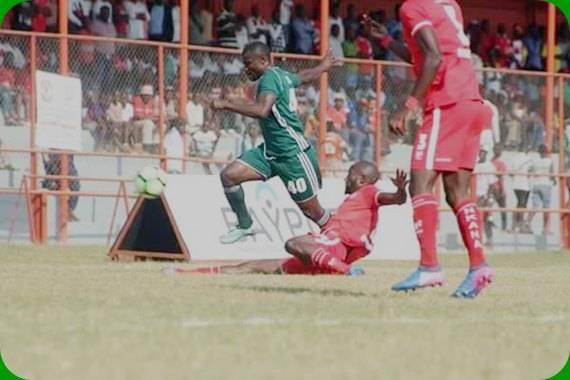 Nkana Green Buffaloes will be seeking to go top of the MTN FAZ Super Division table when they clash on Saturday in Kitwe in one of the Week 11 Zambian football matches.

With League leaders Zesco United out of action this weekend due to continental assignment, 2nd placed Green Buffaloes and 3rd on the table Nkana will displace the Ndola  outfit should they win at Nkana Stadium in Wusakile.

A win for Buffaloes will see them go to 24 points while a  victory for Nkana will push them to 22 points but have a better goal difference than Zesco who occupy 1st position with a game in hand .

Nkana host Buffaloes hoping to end the 2 year winless streak they have endured since May 30, 2015.

The Soldiers have been a thorn in Kalampa’s flesh for the past 2 years and Kalampa should brace for a tough encounter come Saturday.

Buffaloes have 21 points from 10 games played while Kalampa are on 19 points with a game in hand after playing 9 games.

Both teams go in to Saturday’s match after recording victories in their respective Week 10 matches .

Last year, the Lusaka based side outclassed the Kitwe side in both home and away ties with a 3-2 and 3-1 score line respectively.

The two have met 17 times since 2008 with Buffaloes posting 8 wins compared to Nkana’s 7 wins with two draws between them.

From the 9 matches played at Nkana Stadium since 2008, Nkana have won 6 games while Buffaloes have posted 3 wins.

44 goals have been produced between the two sides, Nkana has scored 22 goals and so is Buffaloes on 22 goals.

Kick- off is at 15h00 and the match will be live on SuperSport TV .