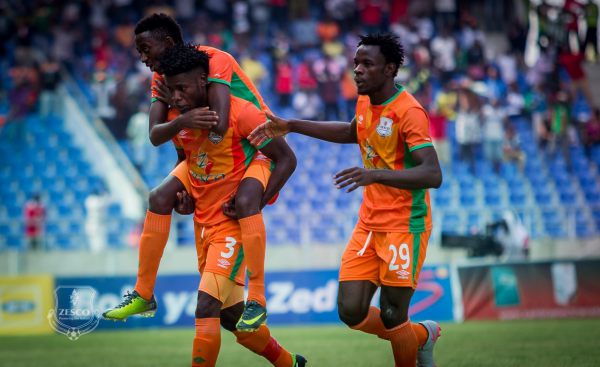 The estimated reading time for this post is 119 seconds


Buffaloes trampled Nkana on Sunday convincingly thrashed them 3-1 during the Zambian Super League match played at Nkana Stadium in Kitwe. Mike Katiba introduced the break for the visitors and three minutes later in the 21st Friday Samu added injury to make the 2-0 lead. Walter Bwalya tried for a comeback in the 62nd but a Diamond Chikwekwe three minutes earlier had pushed the scoreline to 3.

Meanwhile Zesco continue to claim the top spot when they whacked the once top leader Napsa Stars. Napsa has lost the past four games effectively pushing them from the top spot to the 7th as at week 24. Zesco took advantage of this downfall and had  Fackson Kapumbu introduce a goal in the 37th and shortly followed by another from Maybin Kalengo barely into second half.

Consolation goal for Napsa was succeeded by Mangani Phiri in the 77th still yet Napsa failed to produce a comeback and the scoreboard was recorded 2-1.

Buffaloes have now completed a double over Nkana this season having beaten the Kitwe side 3-2 in the first leg match in Lusaka. Buffaloes move second on the Zambian super league table with 43 points after playing 24 matches.