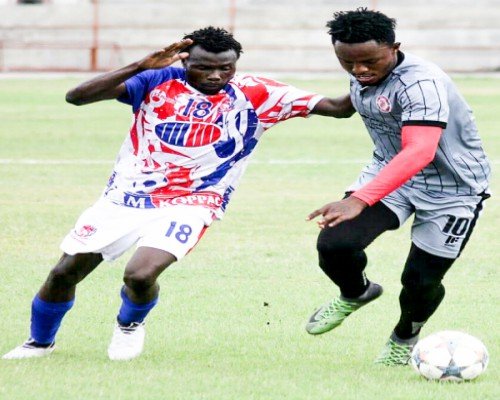 Buildcon tumbled at nkana’s grace in the practice match ahead of  commencement of the 2017 Zambia super league.

Nkana vs Buildcon scoreboard showed a skewed performance and bringing favor to Kalampa.

The prolific striker opened the scoring in the10th minute. Walter doubled the advantage in 15th before scoring his final third in 80th minute.

Nkana were missing the services of injured Diego Apanane and Christopher Munthali. Striker Ranold Kampamba and Donashano Malama are away with the national team.

Kalampa are unbeaten in 11 games played so far.

Friday’s victory over Buildcon has boosted team’s morale ahead of the tricky fixture against Zanaco on Wednesday in charity shield.