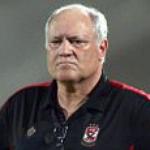 CAF Champions concludes group stage with Wydad Casablanca of Morocco already in Zambia to face Zesco United. The Wednesday event will decide who tops the Group A of the CAF Champions league.

For Wydad Casablanca they seek only 1 point to remain on top of the group. And they will obviously draw their morale from the positives of two months ago when they beat Zesco 2:0 in Morocco. Wydad seat with 10 points, 2 ahead of Zesco who is having only 8 points.

It will be a tough game for Wydad as Zesco looks to this eighth event at home. Zesco has had 7 consecutive wins at Levy Mwanawasa. Out of the 16 matches played in the champions league Zesco has drawn 5, winning eleven with massive twenty-six goals scored. At their peak Zesco has only a single and perhaps undermined setback.

Only Clatous Chama will miss the event due to two yellow cards accumulation.

The winner of this round 6 from Group A will go on to face Zamalek of Egypt and the runners up will go on to play the unrestrained South African side Mamelodi Sundowns in the the semi-finals.

Al Ahly will go on to play the Ivorians for nothing but to avoid a bottom seat, something that will come as an embarrassing moment for the Egyptian league Champions. Already fans are displease with the teams performance in the African champions league. This is why the Al Ahly preparatory for the travel to Cote d’Ivoire was met with the sad story of Martin Jol stepping down. The Dutch coach stepped down after a clash with Ahly fans.

Mamelodi Sundowns have little pressure in Nigeria with playing Enyimba in Group B for this Tuesday evening event. They have travelled already knowing they qualified with a comfortable margin.

Sundowns will take on the second placed-team from Group A while Zamalek will face the winner of the group.