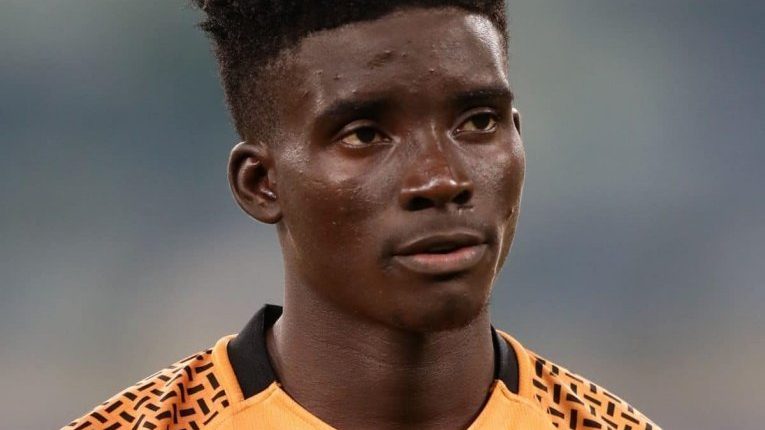 The estimated reading time for this post is 215 seconds

Austin Muwowo is just 22 and still on a learning curve. Is he better at Pirates than at Rangers? Can Muwowo make it at Pirates?

After what looked like an eternity of waiting, Austin Muwowo yesternight made his debut for embattled Orlando pirates. It was a raucous introduction that shut up his critiques and doubting Thomases about his move to South Africa.

Despite his debut made, there are still a lot of Zambians who are still feeling that Muwowo’s move to Pirates was a bite more than he can chew.

but maybe take these different pairs of glasses.

Can Muwowo make it at Pirates? To begin with, some football analyst argues that it was too early for Muwowo to go to South Africa. He just came from Forest Rangers where he had one season and there was no way he could make such a big leap to Pirates.

Let me quickly remind everyone that there is no better time to go to South Africa than too early. Too early when one is still young to learn and improve. This is simply because the South African clubs have the equipment which most Zambian teams don’t have. Muwowo is just 22 and still on a learning curve. He is better there than at Rangers.

Secondly, the boy is soiled in BOLDNESS and his mindset of bravery is all he needs to make it at Pirates. He only played for ten minutes but it’s in that ten minutes that he managed to unleash his most potent quality: FEARLESSNESS.

Backspace: Pirates won a free-kick at a time they desperately needed a goal and it was in a good position. Lorch was the first to pick the ball and Lorch is a massive figure at Pirates but Muwowo walked there and took the ball away from Lorch convincing the reigning South African player of the year that he was not the right guy to take it.

Who does that on his debut? In a team that has gone five games without a win? Austin Muwowo is a fearless competitor and he will soon fight for a permanent position in the Orlando Pirates team.

Doubt him at your own risk.

The boy is also CONFIDENT and carries a heart packed with SELF BELIEF to the rafters. He had almost six touches on the ball and in all those touches he was ready to freely express himself. His self-aggrandizement kept spilling over from the first step he made on the pitch. He powered up the left flank and received the ball from Fortune Makaringe. Facing the other direction he spits out an audacious backheel for a pass that forced waves of uproars from the stands.

Finally, Muwowo is gifted with a sweet left foot boiled in some pots of Bavarian magic but his left foot breaks limitations. Most left-footed players like him will only play number 11 but Muwowo is a better animal.

He is dope VERSATILE and can play in any position upfront: Left, right and center. He is most potent as a number 10, he is creative, quick and visionary as a number 8. Muwowo is most dangerous when employed in the right wing and his fluency unravels when he is in the left-wing like he played yesterday. With a player of such deft, quality and talent. It’s insane to doubt him.