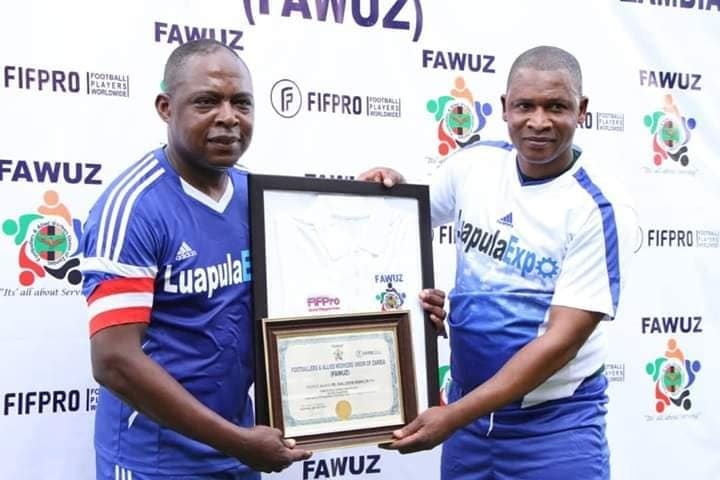 Following an event at Arthur Davies stadium that attracted thousands of football lovers who took an opportunity to honor the icon, Linos posted on his social media.

Proud to have been part of this momentous occasion. My special thanks to the Luapuala Provincial Administration for organizing this event as part of the Luapuala Summerfest.

To my teammates of the Chipolopolo XI I say great stuff lads enjoyed every minute of the game, it was an overwhelming experience especially after decades of playing together.

And to our Seniors the team the KK11 congratulations for a gallant performance. The cream will always rise to the top, you guys showed your class.
Captain of the side Great Kalu indeed for is temporal but class is permanent Sir, for a player whose watched you for decades mesmerize us [with] your skill and goals.

Gosh, Kalalilo is still nursing his injury after he hit the goalpost in an attempt to save the furious free-kick that resonated off the crossbar 🙈🙈🙈🙈🙈🙈🙈🙈🙈🙈🙈 OMG.

Just like our training days at the National team when all goal keepers from James Phiri, Davis Phiri, Martin Mwamba, Collins Mbulo, Kalilio Kakonje dreaded lining up a wall to face your free kicks because 90% ended in the back of the net….

It was yet another humbling experience to be in the presence of a great son of Zambia and World football.