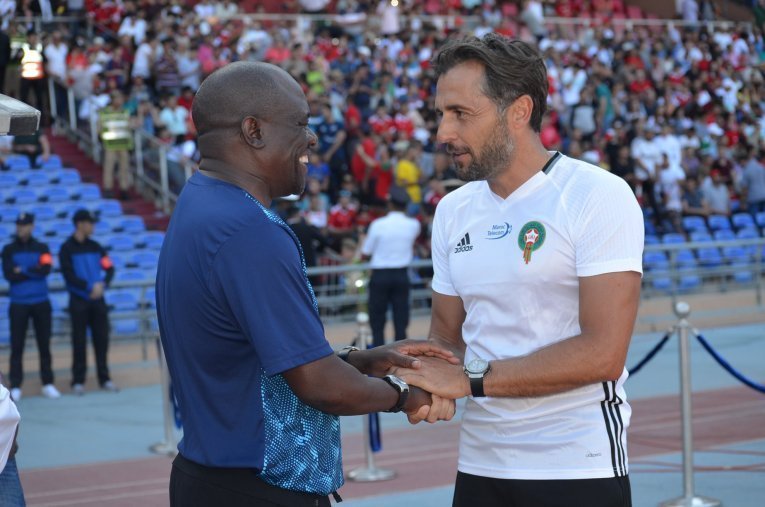 The estimated reading time for this post is 121 seconds

Zambia National soccer team coach Beaton Chambeshi has received a back-lassh from most Zambian soccer fans as he reviewed his 22 man squad to face Mauritania. Zambia plays Mauritania on 3rd September in the 2022 FIFA world cup qualifier Africa group B.

The 52 year old Zambian guffer who guided Nkana out of relegation in the 2020/21 Zambia super league has called a Young Zambian side for duty causing a public stir as fans have questioned his wisdom.

While match-fitness ruled out Fashion Sakala, there was no place for Kabaso Chongo, Larry Bwalya, Kennedy Mweene, Emmanuel Banda and Klings Kangwa in the squad camped in Marrakeshi – Morrocco.

Kennedy Mweene has been in fantastic shape for Mamelodi Sundowns where he has claimed back his first choice position and has won two man of the match awards in the first four matches of the PSL.

Meanwhile, the Zambian premier duo of Patson Daka of Leicester City and Enock Mwepu of Brighton Albinion who were a doubt for the clash due to COVID-19 restrictions have joined camp.

Edward Chilufya has made a return for a reunion with his former under 20 teammates who are the majority in the squad. Chambeshi selection is a familiar call up since 2017 with the Zambia under 20 that lifted the African trophy in Lusaka.

Zambia will be away to Mauritania on September 3 before hosting Tunisia four days later in Ndola at the Levy Mwanawasa Stadium in Group B matches.

Below is the full squad.