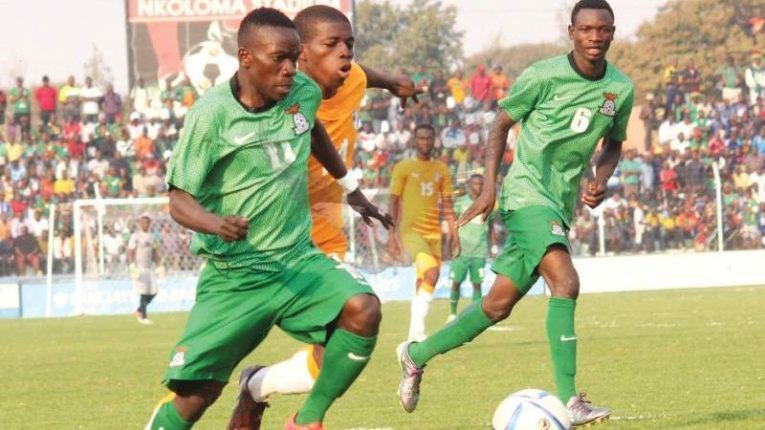 The Zambia CHAN squad yesternight played to a stalemate after a barren draw against Botswana.

The pressure is now overriding on Aggrey Chiyangi as an away goal by Botswana in Lusaka might be disastrous. The performance of the team was generally poor but Chiyangi needs to act fast and bold.

To begin with, he quickly needs to select his charges on efficiency, not loyalty. We know Tapson KASEBA is his boy and a loyal boy but KASEBA didn’t even deserve to be on the plane that went to Botswana because he has been flat-footed of late. Yes, he has been. Green Eagles were out in East Africa for CECAFA and KASEBA didn’t score even a goal. That told lots about his form.

Away from that, Chiyangi must quickly turn to a speedy and fast attacking front line as opposed to the proactive strikers he carried to Botswana.

The front line was poor but it will be insane to blame it all on the front line if they didn’t record a shot on target. They didn’t because the attacking midfield was blank.

Jack Chirwa was substituted in the first half and in came Larry Bwalya. If truth be told, Larry Bwalya is not a player he used to be. He has lost his form and he only found himself in this team due to the pressure Chiyangi had from fans. There is a need to bring in either BRUCE MUSAKANYA or CHING’ANDU.

To break the defensive approach Chiyangi employed in Botswana, he will need speed and aggression in the Attacking wings. Once the wingers power forward with pace which didn’t happen in Botswana, the defenders will also move forward.

Talking of speedy wingers only one name pops in my mind: The quick feet Charles Zulu. I even wonder how this boy was left out of his squad.

The boys drew in Botswana but not all is lost. Tables can be turned here in Lusaka and the onus is all on Chiyangi.