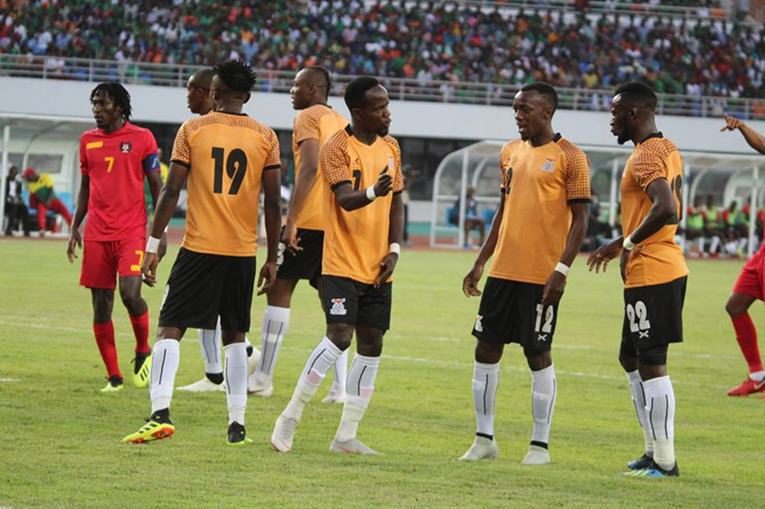 Zambia national men’s football team today regained its status to qualify to the 2019 afcon tournament after easily beating Guinea Bissau by 2-1 margin. The fixture marked round three of the Cameroon Afcon Qualifiers 2019 played evening at a fully packed Heroes National stadium in Lusaka.

In a game that could easily be described as a one-sided affair, the Chipolopolo side displayed a good free flowing game that Zambian fans have been missing since the departure of former coach Harvey Regard in 2013.

Sven had to start with Nathan Sinkala and Enock Mwepu in the holding midfield with lubambo Musonda, Cletus Chama Chota and Augustine Mulenga as the three attacking midfielders to support lone striker Justine Shonga.

The back four was composed of the experienced Stophila Sunzu,  Tp mMzembe’s Kabaso chongo,  Solomon sakala and Lawrence Chungu from Zesco United and Buildcon respectively.

With little faith from the Zambian fan, the team played exceptionally well with good passing and holding the ball very well not to lose it unnecessarily.

Sunzu opened the score line in the 14th minute after that Shonga got the second in the 52nd minute.

Chipolopolo captain Kennedy mweene granted the visitors the only goal in 80th minute which could have energised them to fight for the equalizer.

Zambian travels to guinea Bissau for a return fixture on Sunday in which hopes to qualify could be well strengthened.

The way Zambia played could cause headaches for Guinea Bissau coach to read.