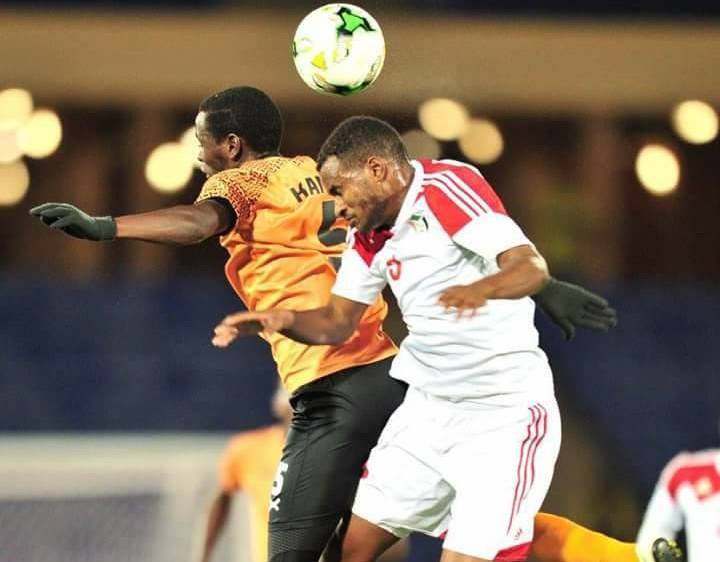 The 7 (Sven) Vandernbroek reloaded bullets touched down in Windhoek looking ready for a ground assault on Namibia. It will be the Chipolopolos first continental assignment after a failed World Cup bid in which they fired nothing but rubber bullets.

The Zambia National Soccer team nonetheless look sharp and trigger happy with the Belgian in charge after he replaced Wedson Nyirenda.

Vandernbroek fired his warning shots of character and will-power to succeed when he recalled the embattled trio of Rainford Kalaba, Kabaso Chongo and Nathan Sinkala all of T.P Mazembe in Congo.

Other once forsaken boys the Belgian has called are the inimitable Lubambo Musonda and quick lightning Bruce Musakanya of Red Arrows.

Namibia has however looked unperturbed by the strong side Zambia has assembled.

Captain Ronald Kejirere has warned that they are on a mission of making a nation proud and Zambia won’t stand in their way when the two teams clash at Sam Ujoma stadium in Windhoek tomorrow.

To counter the spine numbing threats, Sven Vandernbroek is likely to start with Kennedy Mweene in between the sticks with Kabaso
and Emmanuel Mbola. On the right and left respectively.

To cement the rear guard, Stophila Sunzu and Isaac Shamujompa will partner each other in central defence.

Upfront, the pace, precision and megawatt power of young Patson Daka will either be complimented by Lazarus Kambole or Justin Songa.

Rainford Kalaba, Nathan Sinkala, and Enock Mwepu will rock the central action while either Musonda or Fashion Sakala is likely to do the needed damage up the right wing.

On the other end, Namibia will rely on the intelligence and defensive prowess of Tiberius Lombard to stop Patson Daka and Company.

Further frustrations might be caused in the midfield where Kajirere will be deployed to weaken the Zambian eficiency. With his untiring runs while Absalom Limbodi can be a deadly scorpion sting unfront if left uchecked by the Zambian defence.

Zambia lies fourth on the table witthout a point after losing to Mozambique while Namibia are third without a point either. Only two teams from each group of four will qualify to the 2019 Africa cup of Nations slated for Cameroon.

The match which will be beamed live on Supersport 9 and 7 will kick off at 16:00 hrs Zambian time.

Drop your message of good will in the comment box either for the chipolopolo or Namibia.

Top Five Performances Of The Week From Zambian Footballers Abroad

AFCON Qualifiers: Zambia in the ring of fire

This is why local coaches cant be trusted

OPINION: Sven clutching to a straw to avoid drowning

How Will Zambia Lineup Against Algeria