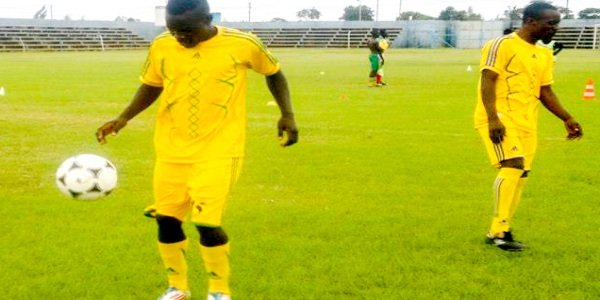 City of Lusaka football club executive committee apologised for the almost a brouhaha created on their first day match against Green Eagles at National Heroes Stadium.

Among other factors firstly the match kickoff was delayed as allegedly City of Lusaka wanted to field-in ineligible players.

Citi Ya Moto went on to lose to Green Eagles on their first match given the visitors Andrew Phiri’s penalty in the 19th minute registered as the only goal of the event.

“The embarrassing development at the Stadium did not have anything to do with the late registration of players with Football House, but we were let down by one of our executive officials who failed to collect the identification cards for the players on time.” The statement read.

Here is the statement in full

From: City of Lusaka Football Club
TO: Members of the Press
Date: April 11, 2017
Press Statement

THE City of Lusaka executive committee would like to apologise to the sponsor, board of trustees, technical bench, players and most importantly the fans and various stakeholders for the embarrassing situation on Saturday during our opening fixture of the season against Green Eagles at Heroes National Stadium in Lusaka where we only had two players on the bench.

The embarrassing development at the Stadium did not have anything to do with the late registration of players with Football House, but we were let down by one of our executive officials who failed to collect the identification cards for the players on time.

The said official kept on assuring the rest of the executive that he was on top of things each time we asked for an update on the matter. Yet, he kept this important information to himself.

This anomaly was only noticed 30 minutes before kick- off when the match officials were conducting routine inspections in the dressing room. Our opponents wanted to play the match under- protest after some of our players failed to present their cards.

This forced our technical bench to do with the players that they had on the day. It must be noted that about seven of the players, including the goal keeper Joseph Phiri, who started against Eagles, were supposed to be on the bench.

Indeed, miscommunication between the official and one of the City faithful’s we had assigned to register the players is also to blame.

We had entrusted these two men with this responsibility because they had earlier attended a course at Football House on player registration.

Whatever the case, what happened is inexcusable, and as an executive, we take full responsibility. In the same vein, we again aopologise to everyone associated with the ‘Yamoto’ family.

For the record, it is important to note that what transpired on Saturday has nothing to do with the Football Association of Zambia (FAZ).

We fully appreciate the gravity of the situation. It was a sobering moment to see players failing to hold themselves and crying openly in the dressing room when they discovered that only 12 of their colleagues were going to take on Eagles.

The executive committee held a crisis meeting yesterday at Woodlands Stadium at which we decided to charge the official responsible for negligence and for bringing the name of the club into ridicule and disrepute.

We have given the said official 42 hours to show cause as to why further disciplinary action must not be taken against him.
What happened on Saturday is a shame to modern football. As one of the pioneers of organized football in the country, we believe that we are supposed to lead by example both on and off the pitch.

The Club chairman Justin Zulu took things personal and ‘camped’ at Football House on Saturday, and we can now assure everyone that the chairman has collected the identification cards for more than twenty players. We are only remaining with five cards, which we are to collect by tomorrow Wednesday.

We can assure our fans that we are going to have a full squad on Monday when we take on our old rivals Mufulira Wanderers at Shinde Stadium in Mufulira.
The Justin Zulu led executive committee remains committed and focused to developing the game at Woodlands Stadium. Despite our set-back against Eagles, we remain confident that City will be able to achieve its objective of a top four finish in the Super League.