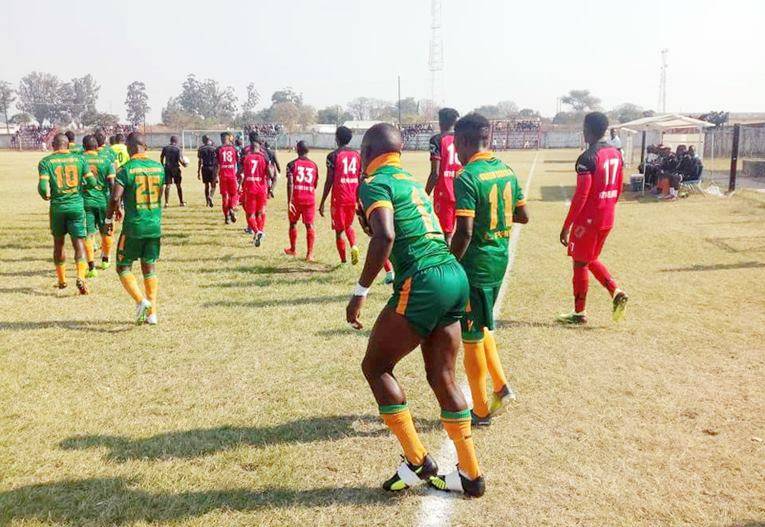 A Choma based entertainment club in Southern province has stepped up and offered financial and material support to the local based football club.

Green Eagles headed by Coach Aggrey Chiyangi is currently trailing third as at week 27 on the Zambia premier division log. A position they have kept in and out for a period gaining 50 points from 14 wins and 8 draws.

Green Eagles have kept a 7 week 9 games no less than a draw since their last loss to Zesco United on 22 June at week 19. The club has since thumped Zanaco, New Monze Swallows 4-0, Lusaka Dynamos 3-0 and last week Kitwe United suffered a glorias 3-2. The worst result has been a 1-1 draw in the past 7 weeks

“The key is to attract more stakeholders to come on board and contribute to the Green Eagles Brand,”

Mr Siame further committed to provide conducive environment at his venue to celebrate the team’s success.

“As Lee love we will also provide venue and entertainment for fans to celebrate the success of our local team,” Siame added.

“There is a lot of things lined up and we believe that other local and international businesses trading within Southern Province can emulate what we are doing so that we push our team to greater heights,” he said.

Munsanda added that Club Lee Love is also happy to host visiting teams and provide a splendid deal of hospitality so that they find Choma a fair place to play from.

The Club has also provided space for Green Eagles to sale tickets and jerseys in the future.

“We want to change the way people look at Green Eagles. We want them the team to be more close to the fans and we will unite and give the eagles stronger wings to fly high,” Munsanda said.

OPINION: THERE MUST BE NO HOLIDAY FOR ZAMBIAN TEAMS