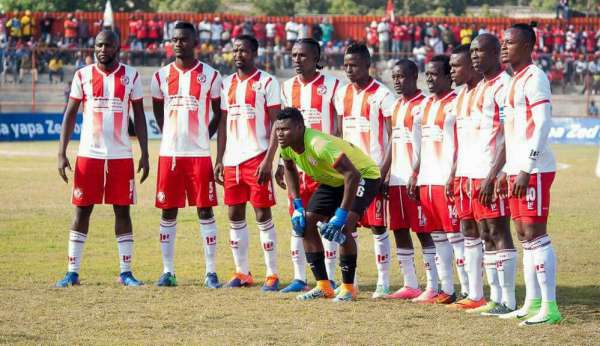 Nkana will be seeking redemption over Dynamos after coming from a frustrated 0-0 draw against Kabwe Warriors at Godfrey Chitalu Stadium this past saturday.

Despite being the second best offensive side in the league, Kalampa lie 5th on the table with 49 points from 29 matches. Nkana have scored 38 goals, allowed 25 goals, lost 8 games, won 14 games and drawn 7 games.

Lusaka Dynamos have never beaten Nkana in Wusakile since the year 2008.

Both Nkana and Dynamos have won 3 matches each from the previous 8 meetings with 2 matches ending in a 0-0 stalemate.

However, Nkana defence must be wary of inform Dynamos Striker Chris Mugalu who has scored 16 goals this season.

On the other hand, Sunday’s match may see the return of attacking midfielder Clatous Chama who was serving two match ban for a straight red card against Konkola Blades.

City of Lusaka vs Lumwana Radiants