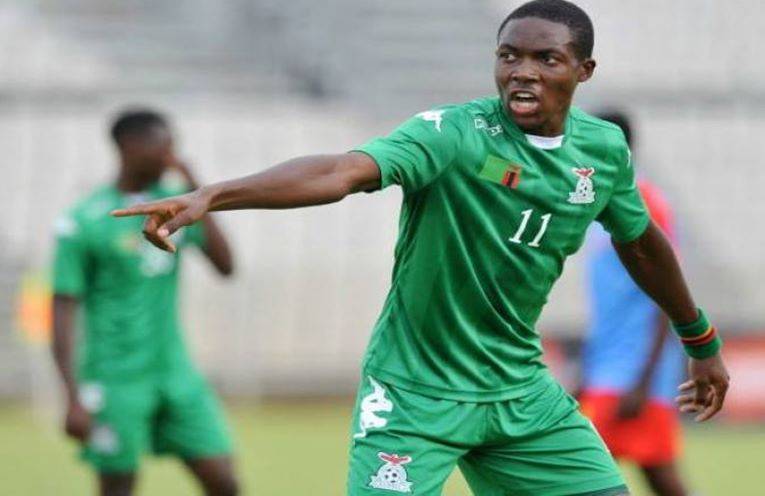 The Zambian midfield maestral has been growing in leaps and bounds and he surely looks like Zambia’s biggest revelation from the inimitable under 20 class of 2018.

Enock Mwepu is with no doubt a genius on the ball, his ability to take on his markers and weaving past them with easy has been undeniable and he has proved several points about his magical footwork from his toddle days at NAPSA, through to the Under 20 championships.

When Zambia was headed for the World cup semi finals, he got injured and what followed soon after he limped off the pitch is a story that draws a bucket of tears in every Zambians eyes. We surely needn’t lose him at that point.

The little Maestral was left on the bench in the match against Namibia and when the team was in the ICU and giving up on everything, the computer stepped in the field eight minutes before time and the production of his magic was an instant:

He injected some killer vernom in Zambia’s attacking power, kept paralysing the Rocky Namib Defence with his twist and turns, direct runs and rib fracturing passes: Zambia rescued a point.

The boy won the heart of even the most stubborn doubting Thomases and Vandernbroek gave him a starting berth in the match against Gabon. At the blink he produced his magic this time a pass he has described as the Ninku pass – short forb for the Bemba word Ninkumona.

Mwepu picked the ball at the boiling lavar of things deep in the midfield and released a spectacle of a pin point chip that found Shonga who fired into the net.

Chatting with Mwepu in his inbox, he claims that he has been learning and developing a lot in Austria.

” I have been working on a lot of things since i came here. My speed, balance, physique and skill but top on this agenda has been my passing accuracy” he dropped a response on my question about how the effective Salzburg atmosphere has been benefiting him.

” That pass i gave Shonga is a pass i have been working on since last year. I call it the Ninku pass – Ninkumona. Mostly, we release the ball after the striker calls for it but in this case, i release the ball the moment i’m sure the striker is better positioned to find it. It works with strikers who are quick as Justin and Patson fall in that category.” He continued.

Mwepu also claims that he released the Ninku pass in the match against Namibia but the ball hit the hand of the striker eluding his target who was Lubambo Musonda.

He also claims it has worked once or twice so far in the league and he hopes he can keep on polishing it.