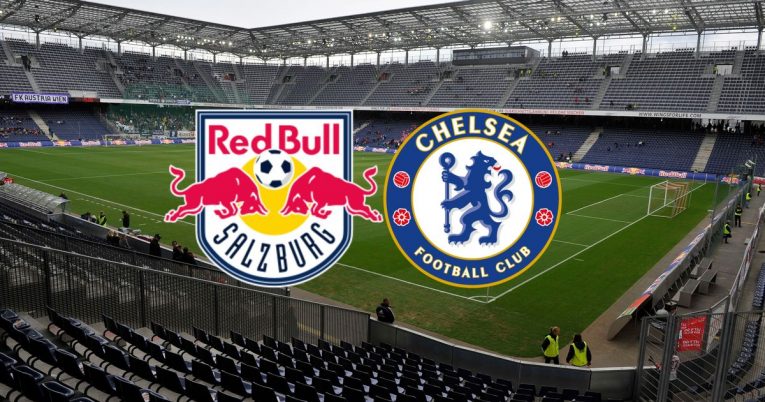 The estimated reading time for this post is 190 seconds

ENOCK MWEPU and Patson Daka the two Zambian players abroad were today in action against Chelsea in a mouth-watering 8 goal thriller. The mercurial ENOCK MWEPU who is a natural attacking midfielder started in central defence and it was all but disastrous.

Red Bull Salzburg started on a high and they would have broken the deadlock in the sixth minute when Minamino received a shin twister from Earlin Garland but David Luis cleared the ball from the Japanese before he could pull the trigger.

It was Christian Pulisic who quickly capitalised on the central defensive lapses of Salzburg when he controlled the ball with an audacious piece of footwork before he cut past ENOCK MWEPU to fire home the first goal of the day.

Three minutes later, the disorganised Salzburg defence was again caught off guard when they brought down Pulisic in the box and the referee pointed to the spot. Barkley stepped forward and made no mistake as Chelsea went 2 up.

It was not the first half Salzburg wanted in front of their supporters but they were three goals down before the break whistle.

A searching ball from the heart of the arrogant Chelsea midfield flew past the Salzburg defence before it perched on the bloody foot of Pulisic. Pulisic fired in his second of the day as Chelsea went into the showers three up.

Mwepu was withdrawn as the second half began and in came Patson Daka.

The venom in Patson Daka’s power and the pace was immediately felt by the Chelsea defence as he kept causing trouble down the left-wing. Daka powered down the left flank beating two defenders on his way before his telling cross was narrowly missed by Minamino.

Ten minutes later, Daka’s efforts and all kinds of trouble on the left paid off. He forced a corner which was perfectly headed in by Oguene for Salzburg to reduce the deficit by two.

Then came the moment of magic. Pedro received a wonder teasing ball from Barkley before the Spanish forward stunned the Salzburg Arena. Pedro dived forward in a false move to miss the ball but he stung the loose ball behind him with his backheel in a scorpion spectacle and the ball wickedly sailed into the Salzburg goal. Sheer beauty.

Patson Daka would have found the back of the net in the 62nd minute but his short-range effort was cleared from the line by Caeser Azpillicueatta much to the frustrations of the young Zambian player.

The compensation, however, came five minutes later when Salzburg had a penalty which Minamino converted to make it 4-2.

Two minutes before time, it was still raining goals in Salzburg. The in-form Pulisic again capitalised on a defensive lapse from the Salzburg central defence before Bathuayi finished from close range with emphasis.

Deep in addition time, Patson Daka again combined well with Oguene and Minamino in some sweet triangular moves before Minamino finished the move with an impeccable strike that closed the curtains. The match finished 5-3 in favour of Chelsea.

The Next big Match for Salzburg will be against Real Madrid on August 8 and the Zambian football players in Europe will be there for more actions.