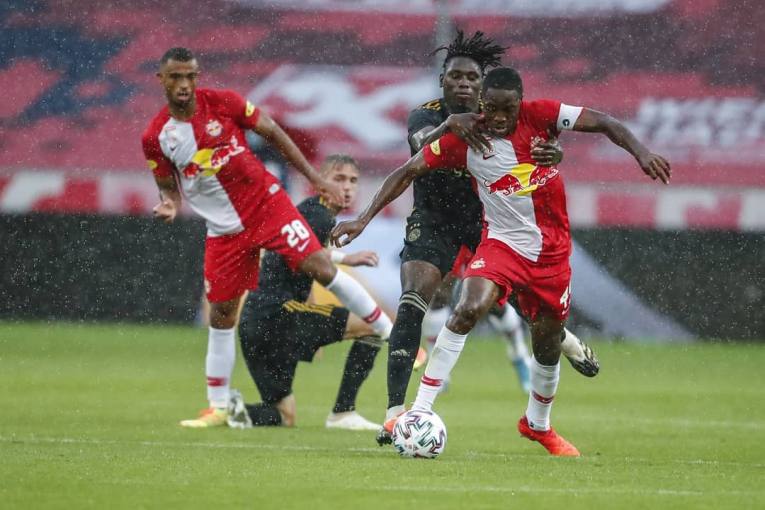 Africa came to a heart bruising standstill when news plunged in that Mar-Vivian Foe had been pronounced dead in a Lyon Hospital after a cardiac arrest had dropped him cold while on National duty against Colombia.

The jersey number 17 in the Cameroon National team was retired as the indomitable lions launched a search for another of Foe’s quality but 17 years down the line, Cameroon has never again seen such complete quality packed all in a central midfielder.

I am watching Enock Mwepu’s movements on the ball against Botswana and what I am seeing forces me to turn a few pages of African football back to memory lane.

It was a tense and nail-biting Confederations Cup quarter-final between Cameroon and Brazil when Marc-Vivien Foe unleashed the best of his footwork, a dispatching of some football magic which sold Eto’o to the world.

He picked the ball from deep in his area and glided past two Brazilian shirts with ease.

Breaking from the tight shackle, he released an audacious overhead pass that flew above the Brazilians covering a distance of up to 43 meters but that ball never touched the ground.

It was one of his trademarks pinpoints passes that never missed the target and it fell right on the monster right foot of a 19-year-old Samuel Eto’o who was poised for stardom.

Eto connected with a stupendous zombie of a volley that almost stretched Dida’s ribs to a cripple in his efforts to parry it out.

It zoomed past him with Shire wickedness caressing the top on the roof of the net and Eto was born as Cameroon matched on to the semi-final against Colombia: A match he never finished.

Now rising in Zambia is a midfield genius made from nothing but the football genes of that pass which forged Eto’o: Enock Mwepu. Many have likened the Zambian to Yaya Toure but only because they never watched Foe.

That long and searching pass, the maternity ward from which Eto’o was born is now Mwepu’s trade mark secret weapon.

He calls it Ninku pass (Ninkumona pass). Simply put “I have seen where you exactly want the ball to land.” Mwepu’s teammates don’t need to call for the ball on his foot. His foot is a calligraphers pencil that maps their movements and searches their exact location with surgical accuracy.

At 22, the balance of power in a Zambian team being built from the scratch entirely lies on him. The new Marc-Vivien Foe is born and he is a fantastic midfield with an analytical right foot.

Of course pregnant with greatness! His ability with the ball is phenomenal. He changes pace and accelerates past his opponents with such easy all but in the spirit and likeness of the great Marc-Vivien Foe.

Foe is reborn but this time, in Enock Mwepu of Zambia.