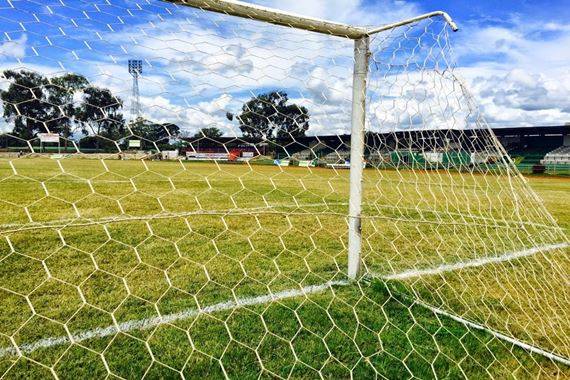 Mufulira Wanderers chase a second consecutive win in 5 games after convincingly beating Kashikishi Warriors 5 goals to 1 in a week one rescheduled encounter on Wednesday at Shinde Stadium. Next up is Trident, a North Western Province outfit that comes into this encounter after losing 2 nil away at group leaders Indeni.

Justin Chinama’s side is chasing the Barclays slot and will have to win all their remaining games before Week 15 and hope Indeni, Konkola and Chambeshi drop points should they stand any chance of testing the Barclays Cup and asses their worthy.

“Mighty” as they are fondly known have had mixed results in the last 6 games but prove to be a stern test for a Trident side who sit 11th on the log having won only 3 games, drawing 3 and losing five.

They meet a Mufulira Wanderers team that has only lost once this season and sit on fourth position but the difference between them and leaders is two points with two other teams in Konkola Blades and Chambishi occupying second and third respectively.

It’s very tight and no team can no longer afford to lose if they are to be assured of top slot by week 15.

While Trident is strong at home, the deficiency that the team has is going forward and getting the goals. Trident is one of the lowest scoring teams having scored 7 goals this far compared to 16 that their visitors have scored including the 5 scored against Kashikishi Warriors on Wednesday.

Wanderers also boasts of a very god defence with 6 goals conceded in 11 encounters this season. Trident have allowed almost double that. Therefore, it is expected that Trident defence will be bleached but the question that remain for Mufulira Wanderers is who to get the goals having had a good number of their players on the score sheet this season.

Wanderers are good on the road and they seem to have the capacity to get a favourable result in this encounter though North Western is always a trick place to go to for any team. One ear will be in Solwezi were Kansanshi Dynamos will take on Chambishi, a results which may advantage them but for that to be advantageous, they will have to get the three points away at Trident.

League Leaders Indeni are in another dicey fixture against another Solwezi outfit in FQMO Mining Operations in Ndola while Konkola Blades will entertain Gomes in Ndola.