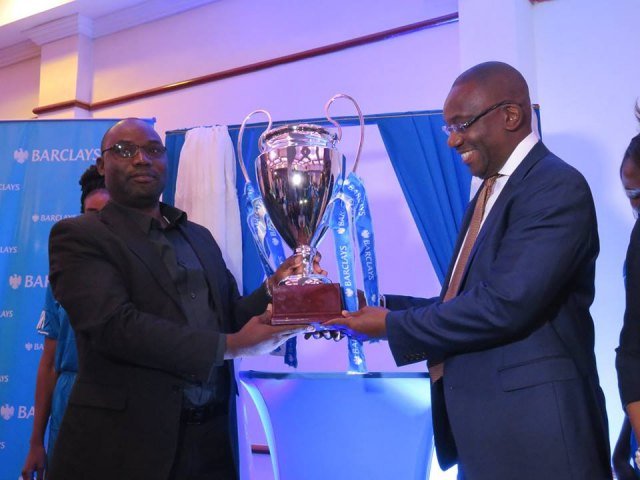 Blunder At Football House with the barclays cup finalist. Here are the reactions.

Football Association of Zambia revealed the 2018 Barclays Cup participants but to everyone calculations Green Eagles was left out. In the place of Geen Eagles Lusaka Dynamos was picked.

Barclays Cup is an annual cup held by Football Association of Zambia and sponsored by Barclays Bank Zambia. Currently Zanaco are the defending champions. In 2017 Zanaco lifted the trophy after beating Napsa Stars 2-1 at National Heroes Stadium.

According to the list circulated the qualified teams by Head of Competitions, Julio Chiluba, the teams are

Barclays Cup participants are usually selected at the mid-season stroke in the 38 game league.

“We are pleased to confirm that your clubs have qualified to participate in the 2018 competition,” Chiluba stated in correspondence to the successful teams.
Draws for the 2018 edition will be held on August 21, 2018 in Lusaka.

“As per standard practice the competition will kickoff with a double header involving the four (04) Division One clubs at Nkoloma Stadium on Saturday, 25th August, 2018,” he said.

This has been trending and I have tried to look at various angles and none gives Lusaka Dynamos a slot in the Barclay’s Cup.

There is no criteria whatsoever that can push Lusaka Dynamos into the Barclay’s Cup.

With that said let’s conclude this was an error and it needs to be corrected to send Green Eagles back to the last eight of the Barclay’s Cup.

FAZ is a listening institution and am sure they will give us Tue signal….. Bwezani Mbewe