Skip to content
You are here
Home > Politics and Football in Zambia > CAN KAMANGA’S FAZ SURVIVE WITHOUT FULL GOVERNMENT SUPPORT? 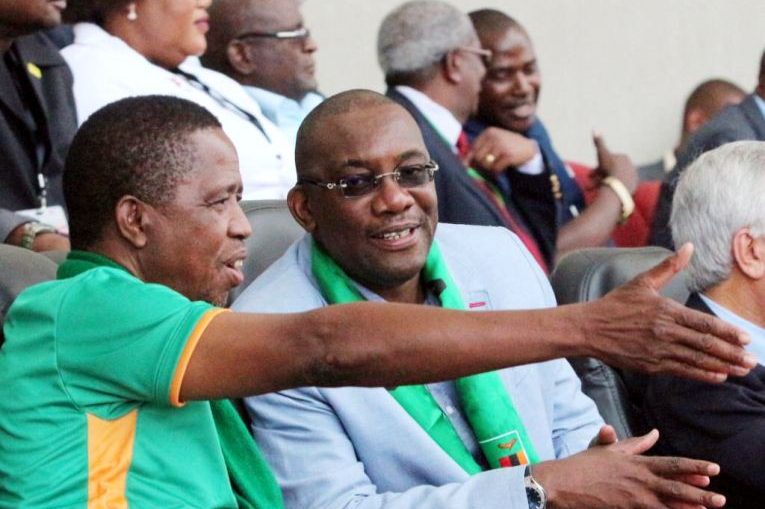 The dust has settled, streets though bloody are now empty and quiet, the long battle of giants is over as Kamanga has trodden on the great Kalusha Bwalya.

The FAZ boss now majestically walks into the corridors of CAF in search of the keys to Kalusha Bwalya’s office. Has he bitten more than he can chew?

For Kalusha Bwalya the battle might be lost and over but it is just the beginning for Kamanga who must now fight his next battle actually on two fronts.

Firstly, he has left more enemies than friends in his homeland as he seeks greener pastures across Africa. Kalusha Bwalya is an ally of the government and beloved of the presidency. It is no secret.

Of course, we have seen him with the FAZ patron going for morning joggings. We saw him stand on the same platform with the head of state during campaigns pledging his allegiance to the Republican President and it was at the time the President needed him the most.

By pointing a finger of defiance in the face of Kalusha, Kamanga might have just touched a fire that will scorch him to ashes.

Shrewdly the FAZ patron has maintained the silence of wisdom in the pre-current tag of war. What are his actual thoughts let alone feelings?

His he happy with seeing Kalusha Bwalya reduced to pulp by Kamanga.

As human beings, it is inherent in us to always want to aim higher and strive for better. What is however not good is for one to achieve personal ambitions at the expense of public good. It is therefore advisable to measure one’s ambition taking into account prevailing conditions. Failure to do so is what could be referred to as Unmeasured Ambitions.

But alas the deluge of citations had little effect as Kamanga paid a deaf ear.

Will this government keep rendering support to Kamanga’s FAZ?

Well and good if yes, but if not, Can FAZ and National teams at all levels in Zambia survive without government support?

Secondly, Kalusha Bwalya was likely to go unopposed on that ticket Kamanga has now gone for. The fact that Kalusha Bwalya is out of the race means bloody battles for Kamanga.

News already coming in is that after learning of Kalusha Bwalya’s exit, the CAF president is endorsing Mohamed Yahya his countryman from Madagascar to battle Kamanga for that position.

Will Kamanga win it, what if he lost it? How will he face the Zambian hungry, angry and already frustrated Football family who after missing representation at all major tournaments:

Has Kamanga bitten more than he can chew?