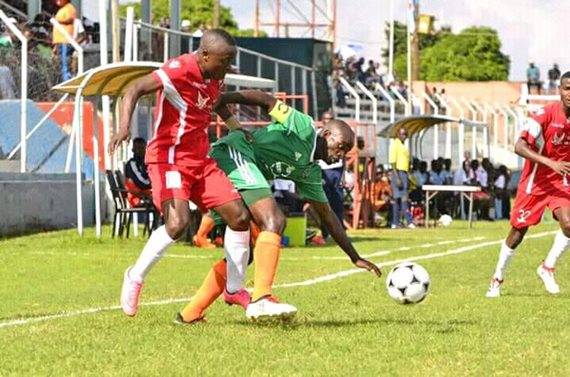 Fledgling and super league starters New Monze Swallows had the first ever heartwarming weekend after they beat Napsa Stars. Joseph Mwindilila was the lad that created the 38th minute panic attack for the host when he stopped the more than half an hour lock horn.

This means Fewdays Musonda Swallows stand at par with Napsa Stars as the two teams in the super league with only a single win record. The pensioners Napsa Stars rather stay superior to New Monze Swallows having drawn more games.

New Monze Swallows super league entrance has been mingled and troubling as they seat at the bottom of the table week in week after. Of the number of factors club administration and sponsorship has readily affected the Southerners in their first ever super league appearance . From the 13 games played they have gunnered only 5 points similar to the Youth Academy

Kabwe Youth Soccer Academy have so far earned only 5 points and today they play against Zesco United.

KYSA remain the only team to record a win yet and this afternoon encounter with Zesco is no hope for them to bring down the record. Zesco stand supreme at the second position with 25 points. Ndola City’s mates  Forest Rangers will though kick off early at the same venue hosting Nkwazi football club. Forest Rangers and Nkwazi stand at 21 and 20 points in the top 10 zone.