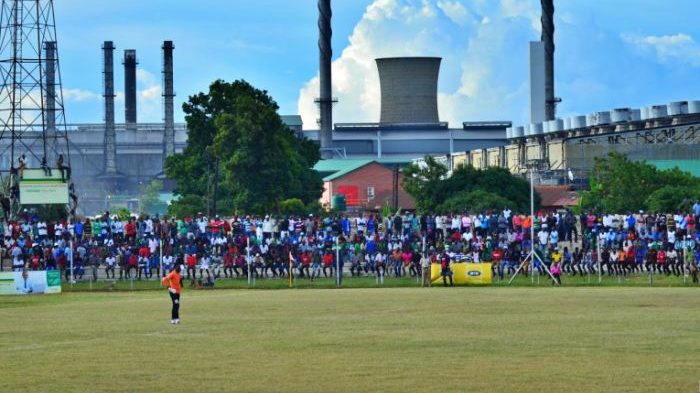 A list of football stadiums and grounds on Copperbelt is quite inclusive with the national stadium Levy Mwanawasa in Ndola as the center.

Saving memory lane straight, Ndola also once held the famous Dag Hammsjoeld Stadium were the legendarium Kafwanayo was born. Here is the list of some known football stadiums and grounds on the Copperbelt

Other notable stadiums in Zambia include Arthur Davies in the Ndeke area owned by Power Dynamos football club with a capacity of about 15,000 fans. It was built in the 1970s by Arthur Davies an engineer working for CPC now CEC.

Just across the main road, the Ndola duo carriageway is the home of the 12 times league holders Nkana football club. Ichilata or Nkana stadium is located in the Wusakili township of Kitwe near the infamous Black Mountain.

This stadium once held the foot of English premier league stars in the early days of sports in the region.

And on the opposite town of Kitwe is a place formerly known as Kitwe Playing Field (KPF) is home of Kitwe United FC. It was constructed by Arthur Davies.

Garden Park Stadium is a simple stadium with a capacity of 10,000. The stadium is gripped between high residential areas of Parklands and the famous Buchi township.

Buchi Stadium now Joseph Musonda stadium rises from the early days of soccer in Zambia. It was originally Kitwe United home turf. Manchester United played in the stadium during the colonial rule.

Godfrey Ucar Chitalu before moving to Kabwe Warriors made a name from Buchi Stadium he was then with Kitwe United.

Completely run down this was a pride of the Miseshi township. Mutondo Stars once turfed the soil of Miseshi stadium. The stadium was a supply of many players feeding to Nkana like the famous Benjamin Kawilo.

And in recent history players like Mubanga Kampamba have graced and been soiled into who they are from the Miseshi stadium turf.

Moving away from Kitwe and up north in Mufulira there is Shinde Stadium home for the most decorated club in the Zambian football history Mufulira Wanderers.

And just a few kilometers away is the grounds for Mufulira Blackpool the starting point of Kalusha Bwalya.

For part of 1981 after fans stoned visiting teams Mufulira Wanderers then had to use John Yumba Kachofa Stadium.

Built in the same spirit of Nkana in Chingola Nchanga stadium stands aloof for the “Brave” Nchanga Rangers.

In the heydays of ZCCM Nchanga Stadium saw only football matches for the elite super division but also held interschool competitions ranging from athletics to football.

It is sometimes confused as Independence stadium because of a large banner name the street as Independence just before the entrance to the sports pride of Chililabombwe.

The pride of the Copperbelt this national stadium is a 45,000 seater and host both super league games and the Zambia national team. Located in Hill Crest along with the Ndola Kite duo carriageway

A list of football stadiums and grounds on Copperbelt and the history and football of Ndola never goes missing a mention of Dag Hammarskjöld.

It was a multi-use stadium named after former Secretary-General of the United Nations Dag Hammarskjöld. The 18,000 capacity served as the home for Ndola United Football Club.

In 1988 the stadium was razed to pave way for a new stadium. A block of flats houses the area where the stadium stood located next to the Kafubu river near the Ndola Airport.

Back in Ndola Trade Fair grounds occasionally host games for the Team Kopala and Forest Rangers including the league champions Zesco United.

But there is also Musa Kasonka stadium for the Division One side Ndola United. Though run-down now the stadium is located off the Kapiri road in the Masala area.

Originally the home of Forest Rangers, the simple ground showed shine and pride of the newly constructed township of Dola Hill camped behind the famous hill in Ndola; Dola hill.

The ground is run down and fole Malembe prefers a more modern structure just 5km away across the Ndola-Kitwe highway.

In Luanshya there is the home of the Roan United football club. The Kafubu stadium held thousands of matches for the Roan when heir in its glory days.

Due to poor maintenance, the stadium has completely lost its touch and memory. But names like Collins Mbesuma have dressed up boots in the Kafubu stadium.