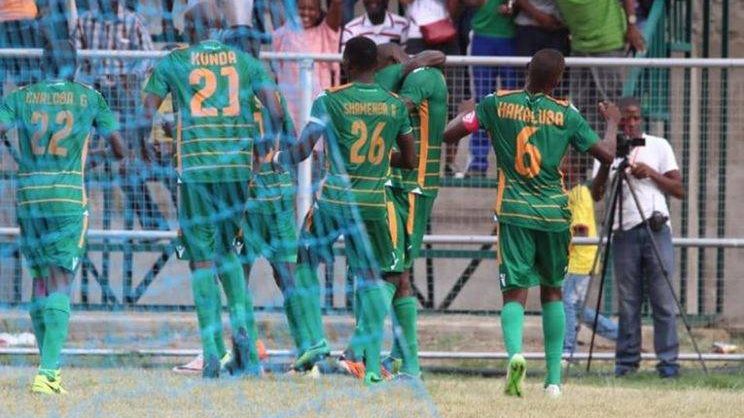 The estimated reading time for this post is 172 seconds

THIS IS THE ONLY TROPHY GREEN EAGLES HAS BEEN WINNING IN THE PAST TWO YEARS BUT NO ONE RECOGNISES IT.

Of course, they have been solid and on an upward trajectory but in all their hard work, Green Eagles have lacked a cutting edge. The footsteps of a tough test are looming near as they prepare to take on Orlando Pirates in the first round of the Champions League and they need to beat the Buccaneers in what looks like a mission impossible.

Adrenaline will definitely be pumping and grinding hard and brutal in every eagle as they plot a Pirates ground assault on the Heroes tuff this Saturday and they got a lot of work to do. This is the road they have walked through before but so many creepy shadows will be haunting them.

They have soared with a lion heart and battled hard in the previous three seasons to be where they are today but in all efforts, glory has kept eluding them.

They just ALMOST make it and the ALMOST syndrome stalks behind them roughly and bumpy.

Green Eagles had a fairy tale ride in their inaugural CAF campaign last season. The Eagles almost stormed the group stages of the lucrative CONFED cup but when the dark tunnel was ALMOST over and the light was within touching distance, they met Almazri and they almost passed the test. The Eagles put up a gallant spectacle of resilience and determination only to concede late and silly at the death. They ALMOST and Almost is the only thing they got from all their sweat.

Barely a month ago, Eagles were licking their chops on the possibility of a first league title. The memories of what a game they gave Zesco in that title playoff flash through my mind as I take you through this Almost journey. Eagles outplayed Zesco, they were even denied a clear goal as they outwitted the seven times Champions but the penalty shoot outs gave them blinding slap in the face.

Counting down into the Orlando Pirates fixture, one step into the memory lane brings the CECAFA championship. Eagles were in East Africa last month for the CECAFA championship and the Kaole Boys lived true to their creed. ” Tonka Tweende.” They gave a convincing account of their prowess pushing themselves into the semi-finals. That was one game away from glory but they only ALMOST made it.

Eagles crashed out in the semi-finals and went on to claim bronze. Now cometh the violent sea robbers casting a stormy sea on the flight path of the Green Eagles.

Green Eagles will take on Orlando Pirates this Saturday at Heroes Stadium in the first leg of the first-round elimination stage of the Champions League.

Elsewhere, Buildcon will be in Ndola to host Young Buffaloes of eSwatini.