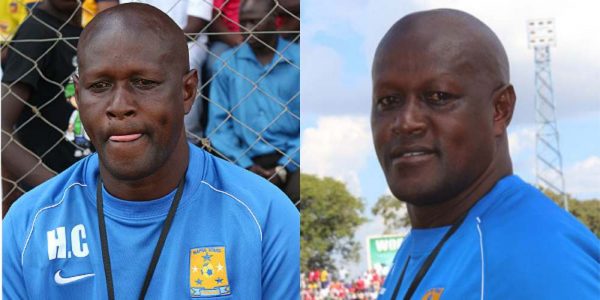 According to a media statement issued August 24th 2017 City of Lusaka Football Club have parted company with coaches Hector Chilombo and Davy Musole by mutual consent.

“Chilombo signed a six-month performance- based contract in May with Yamoto. He replaced veteran coach Elijah Chikwanda.” The statement read as issued by Alex Basopo Njovu Club Communications Manager.

The club sincerely thanked the duo for their services rendered to the club and wished them success in their future endeavours.

“Italian coaches, Roberto Landi and Peppe Macca, who were engaged early this month will remain in charge of the team…”

City’s Future in the super league

City of Lusaka is currently at the bottom feed of the super league table with 12 points. They have only won two games from the total of 24 played. Noteworthy is that they have allowed 42 goals into their net since the season started.

City Yamoto future in the MTN FAZ super league is seriously threatened hanging in the balance. City last won 2-1 on 29th April against Nakambala Leopards. And their second win was against Mufulira Wanderers recording a 4-1 victory.

And looking at their next fixture things look tough for Lindi. First they have a game with Nkana to be played in Lusaka on 26th August 2017. Thereafter City will be hosted by Zlatco Krmpotic with Zesco United in Ndola before they are back in Lusaka with Napsa Stars.