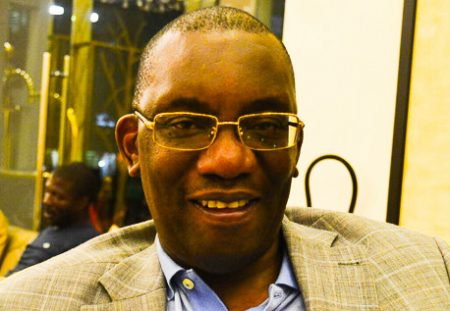 The estimated reading time for this post is 222 seconds


We have to start asking questions now, especially that Zambia national team is tethering on the edge of the AFCON qualifier 2017. Who really is Andrew Kamanga? How is he to turn the football tables for the fan and football lover hungry for fun, tired of the mediocre national team performances?

Now that Kamanga has gotten what he faithfully fought for, like any other, the Zambian football family is eager to see whether the new Football Association of Zambia president will deliver what he had unquestionably been advocating about once in office.

Andrew Kamanga always echoed and spoke for lower leagues sponsorship and the lack of having league cups in-season and off-season.

The desire to have trained football administrators and coaches and also to improve on football infrastructures such as stadia and creation of arial offices in the provinces.

Schools, Colleges and Universities need to revalue their football structures as the nursery interest into football assume on the quality focus starting from given institutions. The amateur leagues also have been the source of concern on the new presidents agenda during the long campaign.

The much awaited Zambia premier league structure which Mr Kamanga and his colleagues such as Mr Simataa Simataa and a lot others have even of recent cried for; a distributive thought that the FA should only run the affairs of the national teams and let the premier league committee run the leagues.

Knowing Andrew Kamanga must include into ones list a tabulation of such promises before ushering in office to the resultants. Additionally football lovers and followers should anxiously wait to see how other areas like the FIFA financial support funds would be used to develop Zambian football standards beginning with the much need of professional players to the calibre of coaches.

The FIFA Financial Assistance Program (FAP), has been the talk of every football loving fan in Zambian. The former administration was pointed out for failing to account for the funds that the world governing board shares with its affiliates world wide in support of training, Women football and football infrastructure. Now it will be the turn of Kamanga`s reign to see how these developmental funds would be used to benefit the Zambian soccer lover.

Commenting on the back to back play interview while in Congo Kamanga thought the team had “…done very well” not losing in the two fixture. “We ended up picking two out of possible six points. We are still in contention and i think the key game to win is the Guinea”

Given the troubling blink we are on as we face Guinea Bissau, a low FIFA ranked team

we failed to beat at Levy Mwanawasa on 13th June 2015, how will Kamanga feel to turn the tables for the failing coach and national team? Will he fully allow the technical bench to provide a meritorious call-up?

You can read more about Kamanga on the this fact file