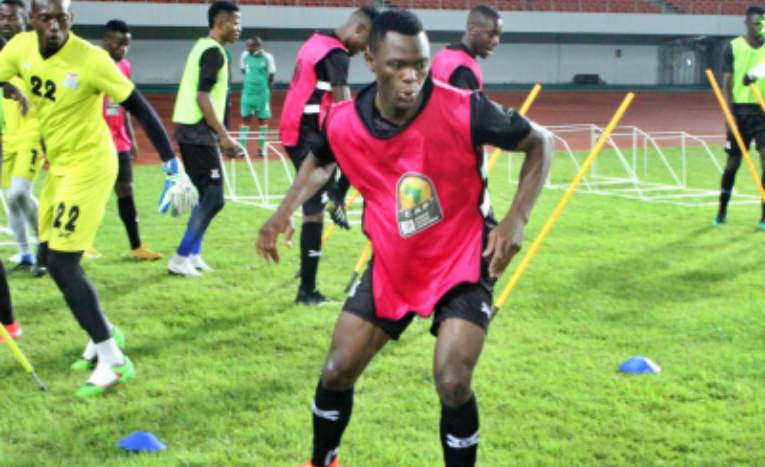 The estimated reading time for this post is 252 seconds

Now that the North African most feared giant will be here is everything you need to know about how will Zambia lineup against Algeria.

The endnotes of the race to Cameroon 2021 AFCON finals will be tied this month end with Zambia hosting Algeria on March 25 before a short trip to Zimbabwe five days later. These will be do-or-die matches.

The matches are nail bitting must-win encounters and Micho has picked a rocket of a squad as battle day and fate looms: Zambia vs Algeria.

The squad sees the return of prodigal son Kabaso Chongo, enterprising Nathan Sinkala, and the melodramatic Cletus Chama and Zedsoccer here projects into how Micho’s troops Zambia line up against Algeria.

The Algerians led by stupendous Riyad Mahrez who has been on top form for Man city are quick destructive on the wings and this is where Micho was supposed to seal with concrete. His options of Chepeshi, Dominic Chanda, and Luka Banda who is a center back by nature look rather weak but for lack of the best options, Benedict Chepeshi will start.

Its here where Micho will need mobility and steadfastness going foward to support attack and tracking back to arrest the Algerians on counter and in the absense of seasoned and in-form Rodrick Kabwe and Silwimba, Zachariah Cholongoshi stands out as the best option for this painstaking assignment.

Tough in the air and bone-breaking on the ground, Thandi Mwape keeps getting better each time National duty calls, and Micho will rely on his steadfast character as Algeria comes to finish what they started in Blida.

There is no debate that Kabaso Chongo would be the best to make a return and boss the sweeping role. The adrenaline to impress would have been unmatched in his quest to write off all the negative energy which ejected him from camp in East Africa six months ago but news coming in is he has declined the call and his absence, Micho will look else and it can be no other than Adrian Chama. He had a solid CHAN outing and few eyebrows will be raised against him.

Nathan Sinkala has been unbelievable in the stelebosch central midfield defensive role. Cool, calm, direct, and unruffled, stability in front of Thandi and Kabaso is sealed.

Luba has been by far the best player in the Zambian jersey in the last three encounters Zambia has played and with the most stable of players now surrounding his passing and holding, we are up for an explosion.

He will complete the midfield triangle alongside Nathan Sinkala and Cletus Chama and the Zambian Midfield has never looked as deadly as this in a long period of time. He possesses a rare ability of pace, holding, trickery, gliding past his markers with ease and leave him loose, he scores.

He is the best center forward in Africa by numbers, by age, by power, by pace, and everything in between. His club form has been volcanic and Algeria will be foolish to underestimate his insane ability on and off the ball.

The rock of Lusaka is back and his coming is nothing but the voice of the people heard. We can only hope he books his air ticket well in advance this time around.

That blistering pace and grinding power on the right flank into the box and a sweet lay on against Botswana in a water-logged pitch is fresh in memory. It’s a reminder of his insane ability and everyone would love to see Fashion start but Micho will do well to start with Evans Kangwta. Fashion plays better as a super sub. No changes must be taken against Algeria.