Skip to content
You are here
Home > Gossip > IS THE GREAT KALUSHA BWALYA A PROBLEM? 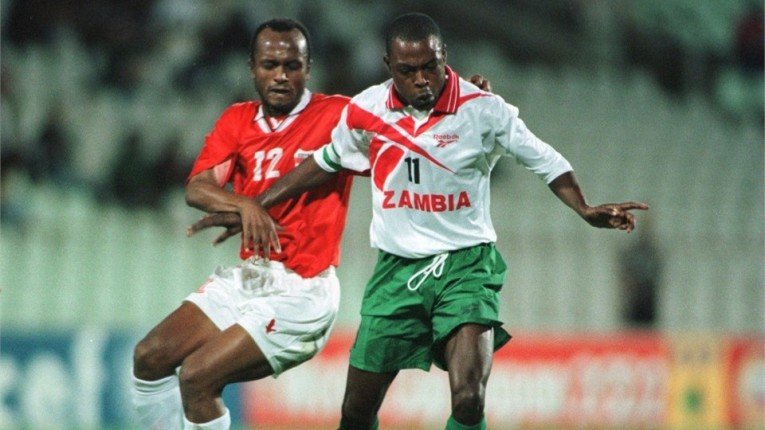 Is Kalusha Bwalya really a problem that Zambia has to contend with? Yet he is a hero, superhuman, king, the untouchable, father of the Zambian game; Zambia’s finest ever: mention any superfluous flirty name and it seems to be exactly who Kalusha Bwalya is to this country in football circles.

Yes, he might be, he might not be according to the pare of lenses you are looking at him but why is Kalusha Bwalya ever at loggerheads with people.

Is he just confused or people are jealous of him. Whatever the case, your answer doesn’t concern me much but where ever he has been his career has been woven in Confused antagonism. Endless wars with people keep stalking behind him sticking on him like ticks on a dog.

In the first place, Kalusha Bwalya had a nasty collision with his first wife and it didn’t end well. Whatever transpired, the bottom line remains that he couldn’t cope with an individual leading to a marriage break up which made him lose so much of what he had worked for.

The Assault case came after he had assaulted a man of Zambian descent on the streets of Johannesburg. Kalusha Bwalya had simply not fancied what the man who was a journalist had written about him back home and when he met the man on the streets of Jo’burg, Kalu beat him to a pulp inviting an uproar beyond the borders of the rainbow nation.

That case closed unceremoniously whatever happened between the two parties but years later, Kalusha Bwalya was at it again when he had a nasty clash with Ivorian outspoken Journalist Mamadou Gaye. The two accused each other of everything vile and the beef lives up to date dripping blood of rage at every twist and turn.

The feuds Kalu keeps creating with different individuals across the globe almost strangled his career to suffocation when he found himself at the wrong side of the law with FIFA a year ago.

He was accused of bribery yet thank goodness he was acquitted and cleansed. Whatever the case, the fact that he was wrongly accused suggests there are some people within CAF or FIFA he is never in good standing with and they were ready to send his career to an early grave.

It is after that clash with the highest board of football in the world that we came to know how bad his relationship is with Ponga Liwewe. Ponga quickly dropped a bombshell of an article in a South African Newspaper.

It was an article swallowed in character assassination where he stripped Kalusha Bwalya naked. He unearthed the devil in Kalu in every diabolic way possible he could.

From that Article, we learned that Kalusha Bwalya has never been in good standing with Charles Musonda, a feud that traces back from the aftermath of the Gabon air disaster and the feud between the two is the reason Charly Musonda Junior has opted never to play for his father’s country of birth.

Of course, I won’t talk about why and how they have a sour relationship with Rainford Kalaba.

Now Kalusha Bwalya is in the ring with Andrew Kamanga. Yes, they have never been in good terms since they first crossed each other’s paths years back when Kamanga challenged Kalusha leading to Kalu being dethroned.

How many people will Kalu fight? For how long will he clash with everyone in his path? Is he a confrontational guy, is it jealous from those he collides head-on with.

Perhaps its something to do with a poor interpersonal relationship with people. Whatever it is, there is something that has not been cooking right with Zambia’s most celebrated football icon.