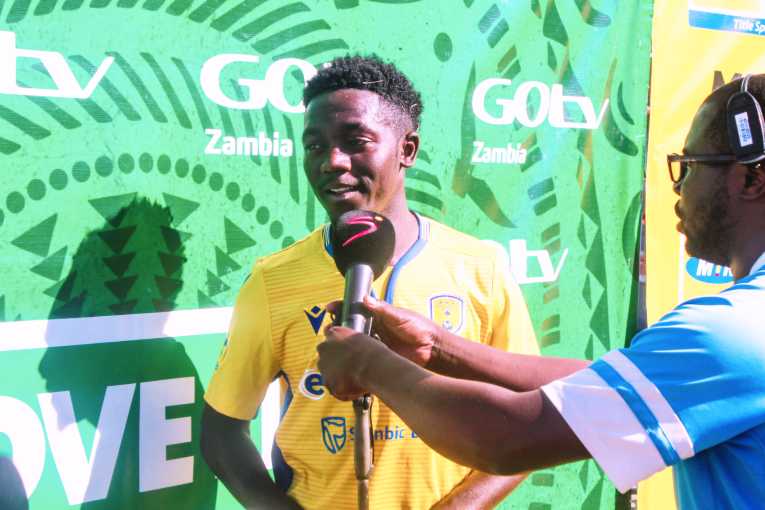 The estimated reading time for this post is 176 seconds

MSL results of Indeni vs Napsa is undoubtedly the highest scoreline in the Zambia super league 2020/21 season and Mukeya is in the thick and center of all the drama.

Indeni’s home magic and resilience got breached by determined NAPSA stars who won 4-3 in a hair-raising week 31 match played in Ndola. Jimmy Mukeya and Borwell Mwape both grabbed braces in a match that was packed with drama.

Mukeya opened the day’s flood gates of goals in the 9th minute before Bornwel Mwape extended NAPSA’s lead with a fine finish in the 31st minute as NAPSA went on the brake with a comfortable 2-0 lead.
Ten minutes into the second half Cephas Handavu pulled one back for Indeni but a minute later in the 51st minute, Bornwel Mwape completed his brace to give NAPSA a 3-1 lead.

The drama however kissed the mesmerizing encounter when Tiki Chiluba and Graven Chitalu scored for Indeni in the 54th and 60th minute respectively to put the match at 3-3 getting into the last 15 minutes. But Jimmy Mukeya ran circles around the Indeni defense before he slotted home NAPSA’s fourth of the day and subsequent winner as NAPSA won 4 -3 to better their chances of survival in the MTN super league.

In Kabwe, a 67th minute Junior Zulu lightning bolt strike was all Prison Leopards needed to beat Lumwana Radiants by a lone goal condemning them deep into the relegation zone.

Meanwhile in Choma, Green Eagles and Buildcon settled for a 1-1 stalesmate. Anos Tembo opened the scored in the 13th minute to put Eagles ahead but Emmanuel Okutu leveled for Buidcon in the 46th minute as the match went on to end in a one all draw.

In Kitwe, Nkana’s two games honey moon was given a stopping order when Lusaka Dynamos beat them 2-1 in Wusakile. Willy Stephanus scored a free kick for the books in the 62nd minute but Ronald Kampamba levelled for Nkana three minutes later. The match was headed for a draw when Stephanus broke Nkana’s hearts when he completed his brace in the 81st minute to push Nkana a step further to division one football. Nkana will now need to win all their remaining fixtures to survive.