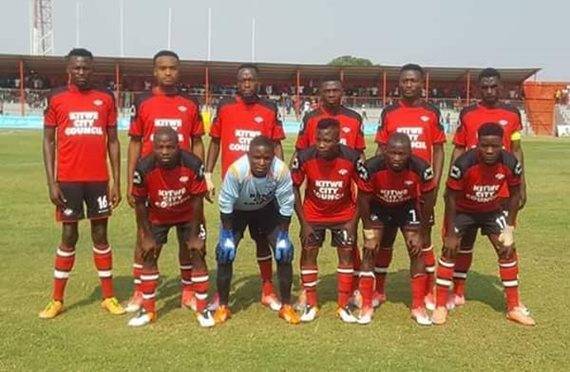 Kitwe City is expected to come to a standstill on Saturday when Nkana and Kitwe United battle it out in ‘Big Kitwe Derby’ at Nkana Stadium as the MTN-FAZ Super Division enters Week 13 .

This is the first Nkana and Kitwe are meeting since 2009 when they were both in Division One.

This will be another daunting task for Nkana who have played 3 games without a win .

The Mopani Sponsored side must beat Chingalika to revive chances of qualifying for Barclays Cup.

Nkana have lost 4 games this season at home after succumbing to defeats against Power Dynamos, Zesco United , Green Buffaloes and Zanaco.

On Wednesday , Zanaco handed Kalampa their 4th home loss of the season with 1-0 defeat thanks to a Taonga Bwembya free kick .

Kitwe are bubbling with confidence prior to this encounter following their 3-0 bashing of National Assembly last Saturday in Kitwe.

Kalampa are 7th on the league table with 20 points while the 10th placed Buchi Boys have 17 points .

A win for United will see them go 9th on the table with 20 points at par with Nkana who are also on 20 points but has a superior goal difference .

Meanwhile, the Wusakile Boys should be worry of United’s trio of Rodgers Mukenge , Rupert Musonda and Emmanuel Chabula who have been bagging goals for the Council owned side .

On the other hand, forwards Idris Ilunga Mbombo, Walter Bwalya and Ronald Kampamba may cause a great damage to the Buchi Boys defence .

But Nkana should improve in defence which has been exposed in the recent matches with the latest being the 2-2 draw against Kabwe Youth Academy in which they gave away a 2-0 lead to escape with a point at Godfrey Ucher Chitalu Stadium recently.

From the past 6 encounters , Kitwe have won 4 times while Nkana have only managed 1 win .

Head to Head record since 2002

Nkana held by the police, Buchi boys butchered by the bankers