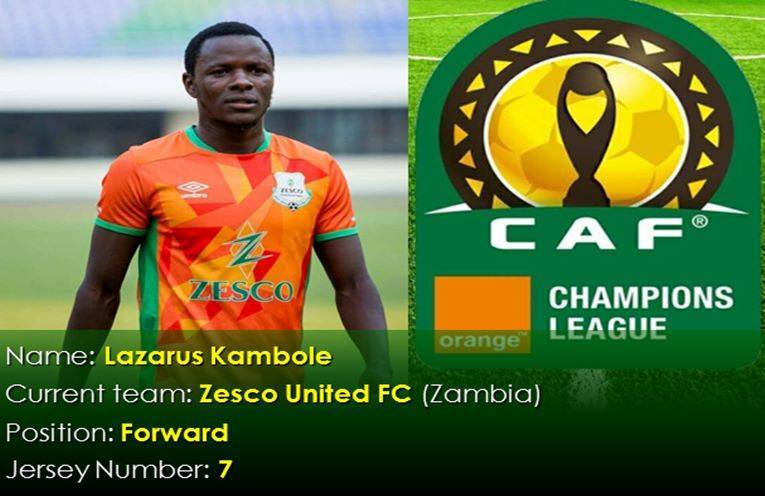 Kambole records the quickest hat trick in the history of the Champions League exceeding world names like Cristiano Ronaldo and Neymar. Lazarous Kambole scored 3 goals in a space of 5 minutes. This was in a game at home was Mbabane Swallows against Zesco United in Mbabane.

No one has ever done this in the history of the Champions League. the closest is the French football player Bafétimbi Gomis who scored in a space of 7 minutes during a UEFA league.

Also noteworthy is that Kambole makes the first and number one football player outside UEFA to score the hat trick in the fastest time.

When Zesco United left for Swaziland or eSwati to face Mbabane Swallows in the ongoing CAF championships league the odds stood against the earlier.

A few international players from Kenya like Jesse Were, Akumu Gay could not make it as they had trouble with their visa. The key game coming through looked tougher and dim for the United having drawn 2 lost 2 seating at the bottom.

But Lazarous Kambole came to Lwandamina’s rescue scoring the fastest hat trick in the history of the champions league. And gave hope to Zesco United who now move third with 5 points 5 played in Group D of the CAF Champions League.