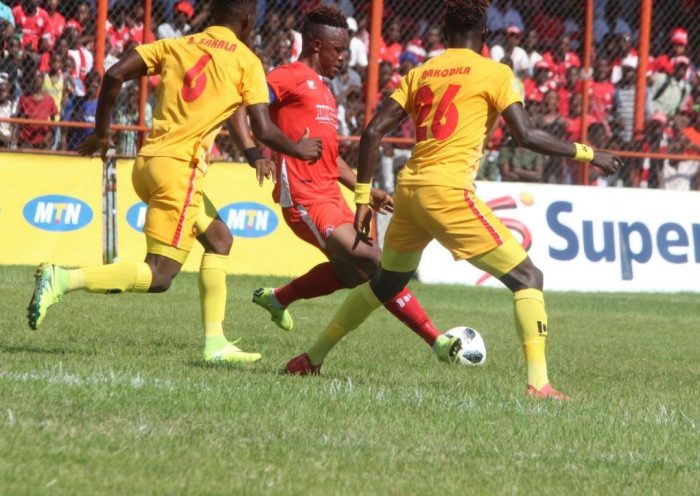 Power Dynamos went two men short in the 74th minute when Christian and Ng`onga were sent off, but coach Chambeshi failed to capitalize on the advantage and let the players continue forcing play with high balls

As much as people may react from what had happened in the local derby match match day 4, very few understand what might have caused the final result of the game.

Two contrasting coaches went head to head in the Zambia`s most fierce derbies and the whole continent glued its eyes to the television to witness what would happen in Kitwe when Nkana hosted local rivals Power Dynamos in the Zambian super league stream B week 4 fixture.

The game in which the loss for Power “Aba yellow‘ could have had a negative influence on the technical bench and same for Nkana.

But what happened in terms of team approach, tactics and team selection.

Both teams seemed very prepared for the derby match, but power approached the game with respect for Nkana who have not lost a game at home since July last year.

They went in as underdogs looking at the last form of results they have gone through. While Nkana had an edge on their opponent boasting from the string of good results they have recorded. Not knowing that this attitude could have a negative impact on the game.

Nkana approached the game with a 4-3-3 formation. This formation saw the under- performing holding midfielder Shaderick Malambo with Jacob Ngulube and Simon Bwalya as his partners.

This midfield looks more mechanical than technical because creativity was a loaf far fetched.

Despite missing a lot of chances in the first half, the team was too mechanical and it lacked the technical ability to clinically injure the in-trouble Dynamos’ squad. Like always, Nkana had no tactical approach as Dynamos had no problem penetrating through them.

Thus it was evidenced on how easy the later got their first and second goals.

Power Dynamos looked more a team that had studied and planned how easily to beat Nkana and that worked. They approached the game with the 4-3-3 formation which worked very well for them.

Power Dynamos team was well gelled and looking at the 4-3-3 tactical approach employed by coach Kelvin Kaindu. There was creativity in the team with Larry Bwalya, Benson Sakala, and Godfrey Ngwenya in the midfield. Supply and support for the front three was sufficient.

Alex Ng`onga, Titus and Christian were not starved of penetrating passes. The defence for Dynamos was very shaky though. They were bleached at so many times as Nkana could have scored more than three especially in the first half.

Meanwhile, Nkana coach Beston Chambeshi seems to rely too much on the physical part of the team. And this has had a negative impact on results when they meet very technical teams like Power Dynamos, and Forest Rangers.

Training tactics of coach Chambeshi lacks technical and analytical approach of how their opponents play and has been evidenced in how he makes substitutions and the selection of the team in big matches.

Power Dynamos went two men short in the 74th minute when Christian and Ng`onga were sent off. But coach Chambeshi failed to capitalize on the advantage and let the players continue forcing play with high balls.

Kelvin Kaindu has got a better share of the two coaches because he has beaten Chambeshi in open play twice since his arrival at Power Dynamos.

3 Crucial Points We Learnt From Zesco vs Nkana CCC Match