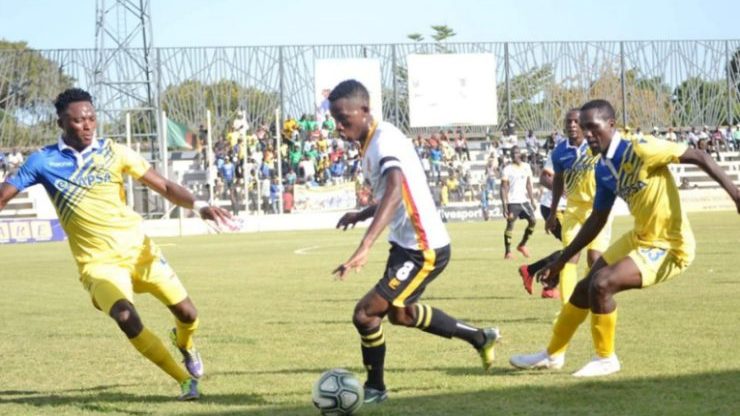 All spitting out as ZSL gains momentum.

The Zambia super league continued to unfold with pomp and swagger and there were breathtaking and melodramatic displays across the country in matchday two.

In Kitwe, a Larry Bwalya masterclass was the most eye-popping highlight as Power Dynamos bounced back to winning ways beating Lusaka Dynamos 2-0.

The fairy tale for Nkana continued as the red Army made a short trip to Ndola to condemn Buildcon to a 1-0 defeat. Idriss Mbombo has kept running riots in his killer mood as he scored the only goal of the match to take his season tally to three in two matches.

Meanwhile, the woes for Mufulira wanderers kept depending as the broader side were condemned to their second defeat of the season in front of their over-zealous home fans. Green Buffaloes recovered from their humiliation at the hands of Nkana last week as army side beat Wanderers to gain a little footing.

Forest Rangers shared the spoils with KYSA in a one-all stales mate played at Levy Mwanawasa stadium. KYSA took a surprise early lead before some Adam Zikiru magic leveled for the forest men.

Elsewhere, NAPSA stars kept the candle of hope alive as they humbled newcomers Kansanshi Dynamos in a 1-0 victory. Kansanshi Dynamos last week produced some thunder of surprise when they beat Power Dynamos. Going to Lusaka to repeat the feat, they found more determined NAPSA stars who crushed the newcomers to soar to the summit of the copper table.

It all smiled in Kabwe as an Alli Sadhiki sumptuous free-kick wickedly swung into the Nkwazi net to give Kabwe Warriors a 1-0 win over Nkwazi. The match looked like settled for a draw when Sadhiki put the venom in his left foot on display.

Red Arrows took a flight to the Northwest to face Lumwana and Radiants had no answer to their questions. The airmen ran circles around the Radiants and put all three points in the bag as Radiants succumbed to a 1-0 defeat.

Elsewhere, Green Eagles dived headfirst into a dungeon of a mess when they concede two away goals against Primero D’ Agusto in the CAF champions league first leg match played at Heroes stadium. Primero D’ Agusto beat Eagles 2-1 and are now favourite to storm the group stages of the champs league.

In Tanzania, Zesco United forced a 1-1 draw against YANGA and that away goal might be all Zesco needed to storm the group stages. The second leg will be played in Ndola next week.

ZANACO look set to proceed to the next round after posting a 2-1 win away from home. The Bankers went to Mauritius to face Bolton City and they collected maximum points.