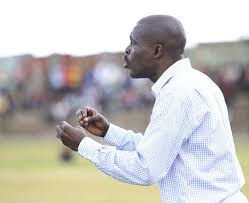 The estimated reading time for this post is 63 seconds


Napsa Stars recorded the first win on Sunday after 9 straight winless matches in the second round of the MTN sponsored  Super League.

This came after head coach Tenant Chilumba was given a four week forced leave leaving Linos Makwaza as stand in coach. Napsa looked focused to get back to winning ways from the first whistle as determined Forest Rangers fought to hold the losing stunned Lusaka based club.

Goals from Youremember Banda, Austin Banda and a brace from Chitiya Mususu were enough to collect the much needed three points for the first time after going nine games without a win.

What this means for Tenant Chilumba would be interesting to determine his fate at the club. three games remain for Linos Makwaza to prove his worth.

Napsa Stars are assured safety in the 2017 bola ya pa Zed Premier League because they have hit the survival point tally of 40 points.