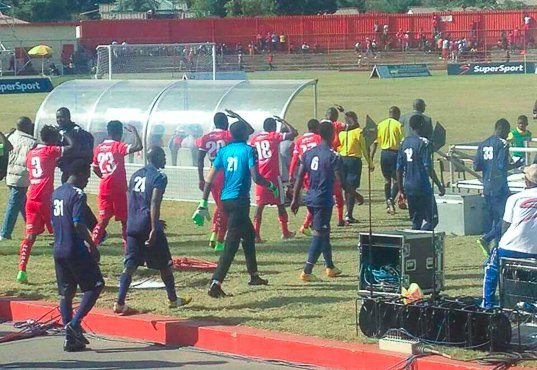 Since their promotion into the super league Lumwana visit Nkana for the second time. Their win will ensure they move to the top slot.

The fixture will be played midweek in order to decongest the number of league games that have increased. Also the league started a bit late as Zambia was then hosting the U20 Africa Cup 2017.

Kalampa (Nkana) are coming from a scoreless draw against defending champions Zanaco.

The two sides have met twice in the Super League. Lumwana forced a scoreless draw in the first leg that was played at Nkana last year before Kalampa winning 1-0 in the reverse fixture.

Lumwana’s next three fixtures are against Nkana, Zesco United and Green Buffaloes.

Compared to previous seasons the Wusakile boys have not done well. They now seat 12th on the log with nine points from seven games played.

Full classified fixture is as follows ;