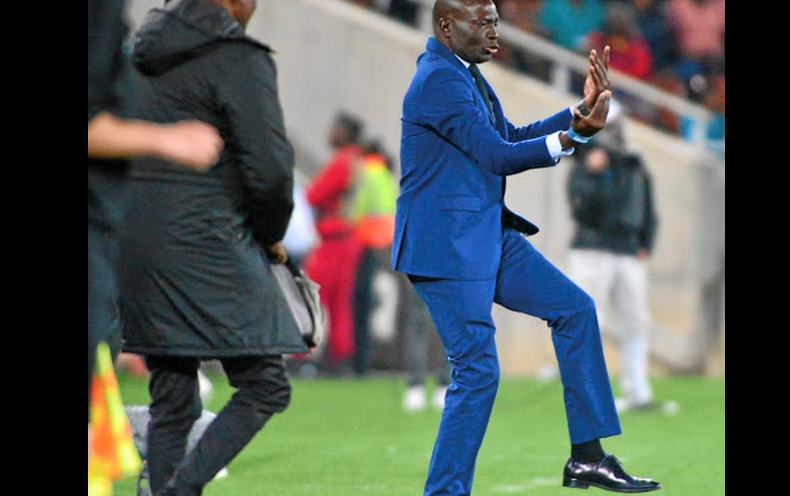 The Holes in the walls at Lusaka Dynamos given the leading congregant came visibly to the fore with some ugly credence exposure and perhaps toils to come.

The euphoria and tantrum expressions of screams and magical signals to his players urging them to empty their lungs while his shiny shoes keep kissing the touchline in all efforts to have his instructions powered, the thrills and spills of touchline drama.

These have always been bold shining beacons of Wedson Nyirenda’s tactical quality but never have we seen it since he joined Lusaka Dynamoes.

Wedson has never looked excited as he ever gets glued in his seat distant from the touchline clad in a lazy man’s cap, he barely stands nor talk or have direct contact with his players

There has surely been some equation not solving about Wedson Nyirendas presence on the Lusaka Dynamoes bench but that’s of course not subject of of topic here.

Lusaka Dynamoes have sneaked into the top four, cracking into title contention and fiercely pushing for an ABSA slot yet the display on the field of play from Wedson Nyirenda’s gallacticoz has been far from convincing.

You look at their squad on paper, it’s all cookies and cream. Everything from defense to frontline looks perfect but not on the actual field of play.

Lusaka Dynamoes had their boots on the neck of Power Dynamoes in a 2-1 win but Wedson Nyirenda just exposed some terrible lack of credence and hold. It’s not every time that they will have the lucky stars to have them get away with it that ugly and cheap.

Two schoolboy blunders from Power Dynamos goalkeeper Kakunta gifted them three points on a silver plate but such deep and ugly cracks were left exposed in the fabrics of the Lusaka Dynamoes squad.

Their 3-5-2 formation lacked balance and coordination at all departments. Upfront, the attacking trio of Derick Bulaya, Colins Sikombe, and Emmanuel Chabula lacked sting and aggressive potency, they barely created space for each other to run around the Power defence as they struggled for coordination.

In midfield, they had no ignition and lacked creativity. They managed to inject poison in the Power Dynamos free passing game but lacked the ability to execute their own brand as they had no aggressive chemical each time they powered forward.

The defense of Musa Muhammed looked fatigued, tired, and without leadership. The first and only time, Spencer Sautu dared to press them, they cracked with easy.

Unless Lusaka Dynamoes galacticos gel quickly, it will not be easy as the intensity of the league hits top temperature.