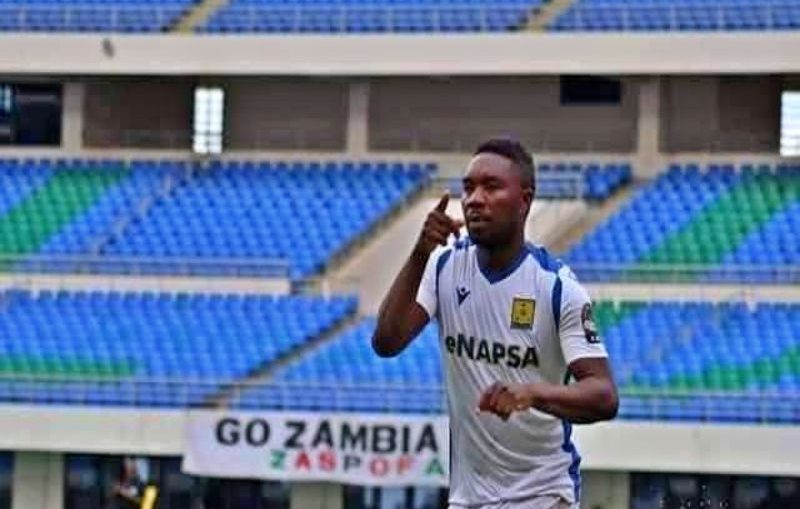 Emmanuel Mayuka’s personal vendetta with Green Buffaloes continued this afternoon at the beautiful Woodlands Stadium when his 19th minute thunderbolt condemned the soldiers to their third defeat in a row.

Genesis: Emmanuel MAYUKA whose mother is a warrant officer in the Zambia Army declined a contract to play for Green Buffaloes with an offer to join the Zambia Army upon his return from Egypt after a career of ups and downs in Europe and North America.

The imposing center forward now in the books of Napsa Stars has been in some recharged form having scored twice in the Champions league but he had to wait for Green Buffaloes to score his first goal on the season.

MAYUKA conjured some sweet interchange with Silver on the left flank before he cut inside to blast a screaming shot that zoom past the Buffalo net and that was all Napsa needed to beat Green Buffaloes.

After 2 CAF confederation cup goals in 2 matches, it appears its back to learning the ropes as Emmanuel Mayuka renewed and caned the Buffaloes for his third goal in 3 matches.

In another week 10 face off in Lusaka, Power Dynamoes woke up from slumber to smell the coffee when they beat Nkwazi with a 3-1 score line at Edwin Imboela Stadium.

Boston Banda was the first to have his name on the scoreboard in the 14th minute but Eric Chomba canceled his effort 5 minutes later when he powered in from close range to level the matters.

Power Dynamoes however proved too strong for Nkwazi as Benson Sakala and Chaniza Zulu scored two quick goals in the 54th and 56th minutes respectively.

In Ndola, Forest Rangers were held to a goalless draw by a ZANACO that keeps struggling for identity.

Elsewhere, Kabwe Warriors posted a 3-2 win over Lumwana Radiants while Prison Leopards had an easy 2-0 win over Young Green Eagles.

A brace from veteran Zimbabwe international Ali Sadiki was punctuated by a sumptuous Jimmy Ndlovu finish while Lumwana Radiants had their two goals through Cletus Mulolani and Manda but it was too late and too little for Lumwana to collect anything from Kabwe Warriors.