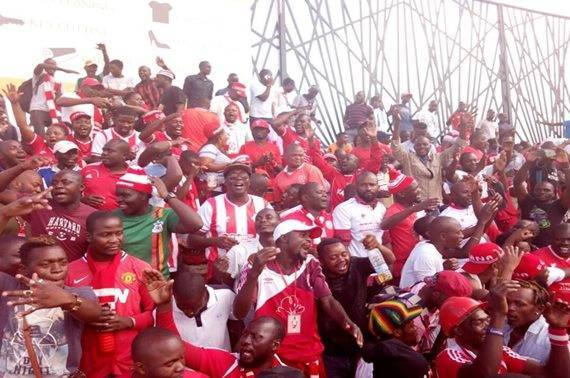 Nkana FC duo of forward Idriss Ilunga Mbombo and Freddy ‘Soutra’ Tshimenga inspired Nkana to a 2-0 win over National Assembly in the Week 3 match of the MTN/FAZ Super League on Friday at Woodlands Stadium.

And at Arthur Davies Stadium, Kitwe United came from a goal down to force a 1-1 draw against Power Dynamos.

Nkana’s redemption came on as early as 3rd minute through Mbombo before Tshimenga doubled the lead on 34th minute to make it 2-0.

Friday’s win has pushed Nkana to 3rd position on 6 points from 2 matches played with one game in hand against Buildcon FC while Assembly lie 11th on the log after 3 matches played.

Power were the first to score through Kelvin Kampamba assisted by Alex Ng’onga on 17th minute but Kitwe’s Rupert Musonda restored parity on 50th minute.

Dynamos were awarded penalty by referee Wisdom Chewe but Striker Ng’onga failed to find the back of the net.

Power and Kitwe had decent goal scoring chances in both halves but failed to utilize them.

Nkana will host Power on Monday at Nkana Stadium in a big Kitwe derby starting at 15h00.