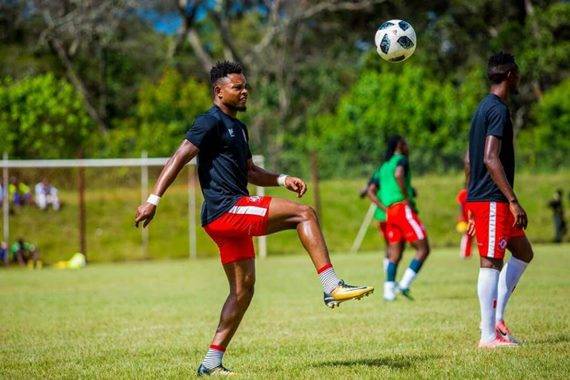 And at Garden Park Stadium , Laurent Muma’s lone  goal was enough for Forest Rangers to edge out Kitwe United .

This was Nkana’s 4th straight win a row this season .

Mbombo opened the scoring on 51st minute assisted by Defender Joseph Musonda before he extended the lead to 2-0 on 57th minute  after powering his way through a couple of defenders.
Kalampa move to 19 points from 9 matches played while Rail Men drop to 5th position on 18 points after playing 10 matches.

Meanwhile, Rangers move into 7th place on the log following Sunday’s win with 17 points while United drop to 11th position on 13 points .